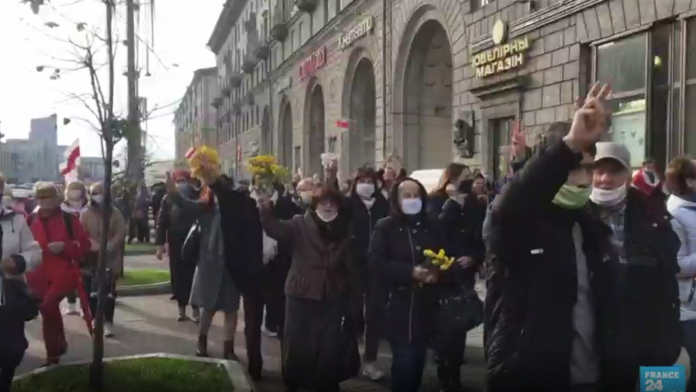 Belarusian opposition leader Svetlana Tikhanovskaya has called for a nationwide strike on Monday to press for the resignation of President Alexander Lukashenko. But the opposition is against economic pressure and police violence. FRANCE 24s Gulliver Cragg reports from Minsk.

Factory workers and students took to the streets on Monday as the Belarusian opposition launched a strike action against Lukashenko’s regime, which has ruled Belarus for 26 years.

Few workers at Minsk Tractor Factory wanted to discuss strike action. However, a worker there who took industrial action, Oleg, said that “80 percent of the workers here are against the regime, but they are scared.”

“We do not have a proper union,” Oleg continued. “The only union we have is supporting the president.”

“I have not been arrested so far,” said Stas, a student protesting in Minsk. “But anything can happen! It’s scary, very scary.”

But another student, Katya, said “It’s not as scary as the idea of ​​living under this government for years to come.”