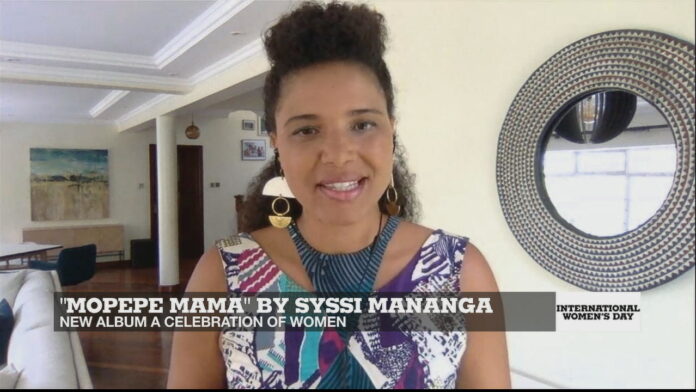 Eight years after the debut album, Syssi Mananga is back with a new opus of 12 tracks. It’s called “Mopepe Mama” and will be released in April. The album was recorded during the Covid-19 pandemic with musicians from around the world, an achievement of international and virtual collaboration. Mananga tells Florence Villeminot to Jowharabout how the album is a celebration for women in general and mothers in particular.