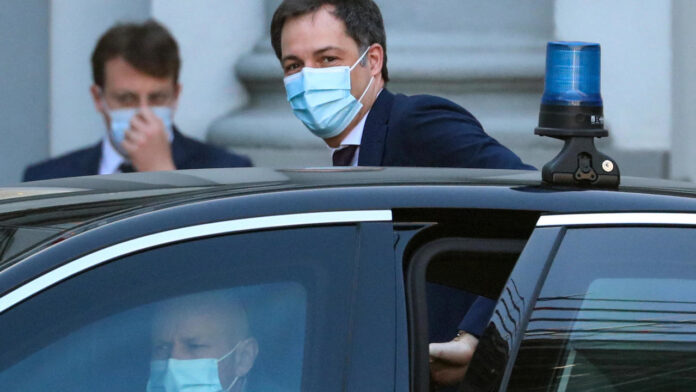 Belgium is reinstating strict lock-in measures in response to a worrying increase in new COVID-19 infections, with the government saying on Wednesday that schools would be closed and residents would have limited access to unnecessary businesses.

Belgian Prime Minister Alexander De Croo said the virus variant, first identified in the UK, is taking a heavy toll on the country’s public health: confirmed cases increased by 40% in the past week and hospital admissions increased by 28% after a long stable period.

“It is difficult to make such a decision, and for many it will be a fraud,” De Croo said after an emergency meeting with regional leaders. “But I am convinced that we will break the third wave.”

Under the government’s new system, schools and universities will no longer welcome students to personal lessons from Monday, even if kindergartens remain open. The government’s goal is to resume personal teaching from April 19 after the Easter break.

“The largest number of infections are in the age group of 10 to 19,” said De Croo, noting that children and young adults who show no or few COVID-19 can infect parents and grandparents who become very ill and end up in hospital.

A total of 22,763 people have died from coronavirus-related causes in Belgium, which was among the countries hardest hit when the pandemic erupted last year. About 1 million of Belgium’s 11.5 million people have received a first dose of vaccine, and De Croo said the nursing home vaccination program had already helped reduce COVID-19 deaths.

“We need to return to a simple rule: limit contacts,” he said. “With the perspective of opening up our community in the coming months, with the absolute priority of reopening schools after Easter.”

According to the new rules, which come into force on Wednesday evening, non-essential stores may be open, but customers must book appointments to enter. Hairdressers and beauty salons must be closed again for four weeks, until April 25.

It’s anger and disgust! Both for non-essential companies and for contact industries: Where are the numbers? That is unacceptable, says Olivier Mauen, spokesman for the independent business organization, to the public service broadcaster RTBF.

Teleworking is still mandatory and the maximum number of adults allowed to gather outdoors is reduced from 10 to four. Belgium’s ban on non – essential travel abroad will also apply during the Easter weekend.