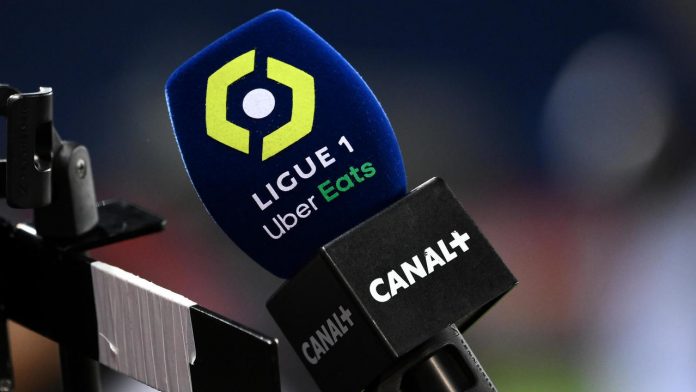 France’s troubled Ligue 1 reached an agreement with Canal Plus on Thursday to broadcast the rest of the matches this season after the spectacular collapse of a record deal with Mediapro.

The league was left without a domestic broadcast partner after the Mediapro deal, which was expected to bring in 780 million euros ($ 941 million) per season for the four years to 2024, ended in December.

The 80 percent of TV rights granted as a result of this were put out to tender on Monday, even though none of the three candidates – Amazon, DAZN or Discovery – met the requested price.

Sources told AFP that Canal Plus offered to pay an additional 35 million euros to broadcast the rest of the season, in addition to the existing deal worth 330 million euros for the other 20 percent of the rights.

According to the same sources, TV revenues for top flight clubs will decrease by 49 percent this season. It will dive 40 percent in Ligue 2.

Canal Plus did not participate in this week’s call for tenders. The company had wanted to tear up its original agreement and also have it put out to tender again.

The latest agreement ends with Mediapro’s long-term withdrawal, whose contract is terminated almost four months after the Spanish company – controlled by a Chinese investment fund – failed to meet the payment deadlines.

However, the pact with Canal Plus only covers the rest of the 2020-21 campaign, which means that the rights must be renegotiated in the following seasons.

The original deal struck in 2018 was due to French net clubs totaling € 1.15 billion a year, comparable to Germany, Spain and Italy if not the Premier League.

It was revealed last week that Ligue 1 clubs would suffer catastrophic total losses of more than € 1.3 billion ($ 1.57 billion) this season due to a combination of the Covid-19 pandemic – which has led to games were played in empty arenas – and the collapse of the Mediapro deal.