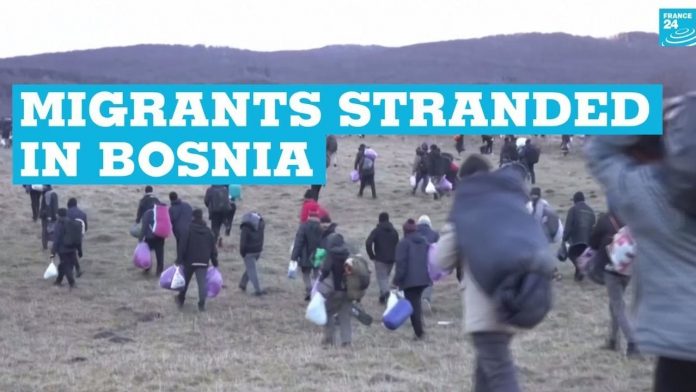 Hundreds of migrants and asylum seekers in Bosnia and Herzegovina have been left stranded without shelter in the winter cold after their camps burned down and attempts to relocate them failed.

Migrants from Africa, Asia and the Middle East have been sleeping in the open for more than a week after a fire destroyed the Lipa camp near the town of Bihac in western Bosnia on 23 December.

A plan to take them to a shelter elsewhere was abandoned on Wednesday – after migrants had waited more than a day for buses – due to disagreements between regional authorities and protests from locals.

After being removed from the buses, the migrants were sent on foot to return to the ruins of the Lipa camp.

There are about 10,000 migrants trapped in Bosnia, many of whom are trying to cross the border into Croatia and into the European Union.

The Lipa camp was opened last spring as a temporary shelter and should have been closed due to poor conditions that made it unsuitable for the winter.