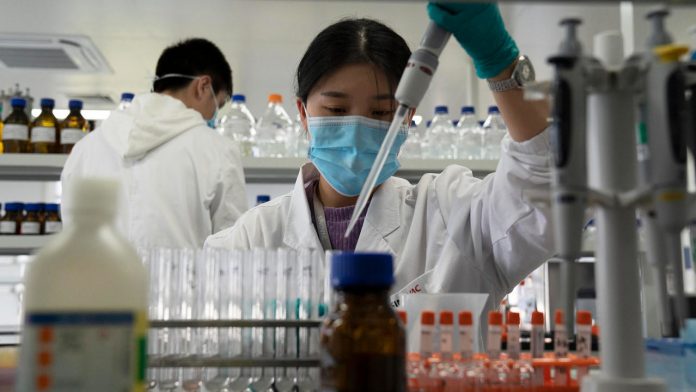 Brazil’s health minister said on Tuesday that the country would add the Chinese-made CoronaVac vaccine against Covid-19 to its national immunization program, despite a political and diplomatic row over whether to use it.

Health Minister Eduardo Pazuello said the federal government had reached an agreement with the state of Sao Paulo, which helps test and produce the vaccine, to buy 46 million doses to be administered by January.

“This vaccine will be Brazil’s vaccine,” in addition to another developed by Oxford University and pharmaceutical company AstraZeneca, Pazuello told a video conference with the 27 governors of the South American country.

“This is our big news. This will calibrate the process” to eventually vaccinate Brazil’s population against Covid-19, which has claimed more lives here than any country other than the United States.

CoronaVac, developed by the Chinese pharmaceutical company Sinovac Biotech, has been caught in a messy battle in Brazil.

Right-wing President Jair Bolsonaro had labeled it the “other country” vaccine and resisted using it, pushing for the Oxford vaccine instead.

Sao Paulo Governor Joao Doria, a top opponent in Bolsonaro, meanwhile, slammed an agreement between Sinovac and Brazil’s Butantan Institute to test and produce the vaccine in his state.

Doria has proclaimed the vaccine as safe and effective and personally held press conferences to announce preliminary results from the clinical trials.

He and Bolsonaro have also joined forces on whether or not vaccination should be mandatory, as Doria wants.

“This vaccine is not mandatory, period,” Bolsonaro said Monday.

Both the Sinovac and Oxford vaccines are currently undergoing end-of-life clinical trials in Brazil, a top test site for vaccine candidates due to its high infection rate.

Brazil had previously signed a contract for 100 million doses of the Oxford vaccine.

But CoronaVac is expected to be available only after Oxford had to discontinue testing in September when a volunteer developed an unexplained illness.

Brazil, a country with 212 million people, has registered 5.3 million cases and 155,000 deaths from the new coronavirus.