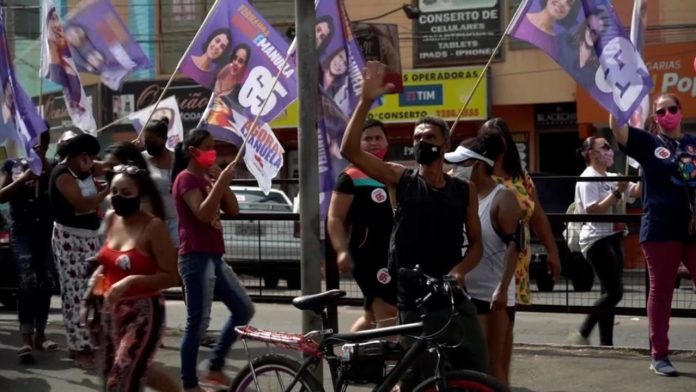 In the midst of violence, racism and poverty, the southern city of Porto Alegre has become a symbol of the divisions in Brazilian society. In November 2020, a black man was killed by white security guards in a supermarket there. Once a test site for the Brazilian left that wanted to change the world, the city has been run by the conservative right for the past 14 years. What has become of the World Social Forum, hosted by Porto Alegre from 2001-2005? What remains of the alternative vision of the world? Our correspondents report.

“Another world is possible.” It was under this slogan that the World Social Forum was born in January 2001; a meeting with anti-globalization associations in response to the Davos World Economic Forum held in Switzerland at the same time. The first event took place in Porto Alegre, Brazil – the capital of the state of Rio Grande do Sul, its location chosen not just by chance.

At that time, Porto Alegre was a test city. It had been led for ten years by the country’s Labor Party and had its own transport network, banking, electricity and telephone providers – all state-owned. The city even had its own shared sharing budget controlled directly by the residents. Porto Alegre was an emblem of the Brazilian left – much like Luiz Inácio Lula da Silva himself. Two years later, the first forum gave him a heroic welcome as the new Brazilian president.

A stronghold for the ultra-conservative right

Porto Alegre hosted another forum in 2005, but since 2006 it has turned right. The city, once a symbol of the alternative left, became an ultra-conservative right-wing stronghold. More and more state capitals in Brazil followed suit and built up to the election of Jair Bolsonaro as president in 2018.

Has 20 years after the first summit in Porto Alegre completely lost its anti-globalization spirit? Does the soul live in the World Social Forum at all, or is the test city now strongly rooted on the right? Our correspondents Fanny Lothaire, Augusta Lunardi, Laura Damase and Louise Raulais report.