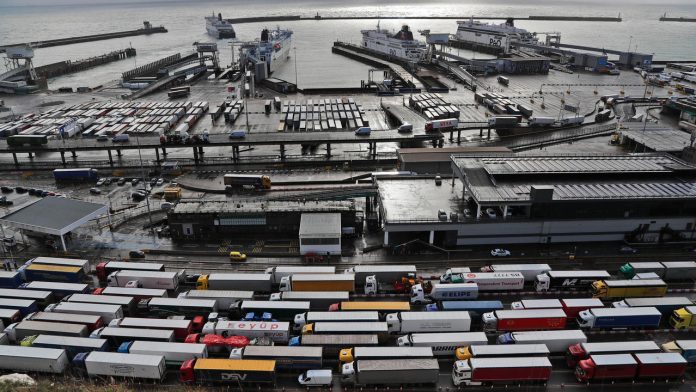 A Brexit trade agreement between the UK and the European Union appeared to be in balance on Friday, after leaders on both sides of the channel gave a bleak assessment of the progress of the previous GASP talks.

British Prime Minister Boris Johnson and European Commission President Ursula von der Leyen have given their negotiators until Sunday before deciding whether to continue talking or giving up.

The mood deteriorated after Von der Leyen told EU leaders at a marathon meeting in Brussels that there were “low expectations” and “the probability of a no-deal is higher than for a deal”.

The Republic of Ireland and Germany sought to raise their spirits and agreed that a pact was “difficult but still possible”.

>> How “revolutionary conservatives” made state support the core of Brexit drama

But Johnson said it looked “very, very likely” that Britain would end up with its largest single trading partner on the terms of the World Trade Organization (WTO) from the New Year.

“Australian-style agreement is a euphemism for no business”

“If there is a big offer, a big change in what they (the EU) say, I have to say I have not seen it yet,” he told reporters in Blyth, north-east England.

The comments did nothing to boost confidence in the British pound, which extended its losses in the foreign exchange markets and dropped more than one percent against the dollar.

“Traders are turning their backs on the pound because the language used now is more serious and the fear of a no-deal has increased significantly,” CMC Markets analyst David Madden told AFP.

Britain’s chief negotiator David Frost and his EU counterpart Michel Barnier are trying to plunder a deal until Sunday, with only three weeks left until the end of a transition period following Britain’s departure from the bloc in January.

No matter what happens, Britain will leave the EU’s internal market and customs union, leading to the reintroduction of border controls for the first time in decades.

It has already raised the prospect of blocking roads leading to ports in the south and south-east of England, as the bureaucracy extends waiting times for imports and exports.

Fringes in the Felixstowe container port in the east of England and elsewhere have already aroused fears of more to come and delays with deliveries to shops, companies and industry.

But Johnson’s spokesman said they were mainly caused by a “global increase” in the demand for consumer goods and the effect of the coronavirus outbreak on shipping patterns and container capacity.

Brexit trade talks have stalled over the extent of the EU’s access to UK fishing grounds and rules governing fair competition.

An EU official refused to rule out a last-minute “turnaround” for a deal, even after the bloc published “no-deal” contingency planning in what was seen as a warning shot to Britain.

Johnson reiterated that fishing and the so-called equal conditions were key issues, in particular a “barring clause” that would bind the UK to match any future EU legislation.

Analysts say a desire to turn to the left of the economy – to get out of EU state aid rules to enable Westminster to distribute subsidies to UK companies – is behind the move to get Britain out of a tie.

Mr Von der Leyen told a news conference after the summit that the proposed “equivalence rules” would not be mandatory and Britain could act as it saw fit.

“We would simply adjust the terms of access to our market accordingly,” she added. Johnson’s spokesman said it would still leave Britain bound by decisions taken in Brussels.

Johnson won a quick election a year ago on Saturday with the promise of an “oven-ready” Brexit deal that would break years of political stalemate since Britain voted in 2016 to leave the EU.

But he has been under pressure to fulfill his promise, including from working-class cities like Blyth, which won to his ruling Conservatives after voting for Brexit.

Johnson’s assessment that Britain would “flourish strongly” with WTO rules with the EU – what he calls “Australia’s terms” – has not been widely welcomed.

Tariffs and quotas would increase the cost of business that would be passed on to consumers in the form of higher prices in an economy that is already losing ground due to the coronavirus pandemic.

The country’s former prime minister, Malcolm Turnbull, warned Johnson on Thursday: “Be careful what you want.”

“Australia’s relationship with the EU is not one from a trade point of view that I think Britain wants, frankly,” he said.