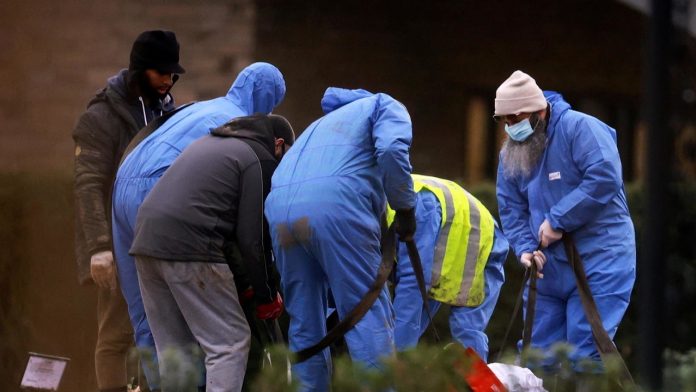 Prime Minister Boris Johnson said he was “deeply saddened by every loss of life” as Britain crossed the tragic milestone of 100,000 deaths from Covid-19 on Tuesday.

Johnson said his government had done everything possible to minimize the loss of life in the coronavirus pandemic, as the country became the first in Europe to overcome the grim milestone.

“I take full responsibility for everything the government has done,” Johnson said. “What I can tell you is that we really did everything we could, and continue to do everything we can, to minimize loss of life and minimize suffering.”

The UK has the fifth highest charge globally and reported a further 1,631 deaths and 20,089 cases on Tuesday, according to government figures.

The 100,162 deaths are more than the country’s civilian toll in World War II and twice as many as were killed in the 1940-41 Blitz bombing, although the total population was lower then.

“My thoughts are with every person who has lost a loved one – behind these heartbreaking numbers are friends, families and neighbors,” Health Minister Matt Hancock said earlier on Tuesday.

“I know how difficult the last year has been, but I also know how strong the determination of the British public is and how much we have all pulled together to get through this,” Hancock added.

England, by far the most populous of Britain’s four nations, re-entered a national lockdown on January 5, including the closure of pubs, restaurants, non-essential shops and schools for most students. Additional travel restrictions have been introduced.

In December, the UK became the first country in the world to approve Pfizer’s Covid-19 vaccine and has set the task of offering jabs to all 70 years and older, those who are clinically vulnerable, frontline health and social care staff and older adults in home care. in mid-February.