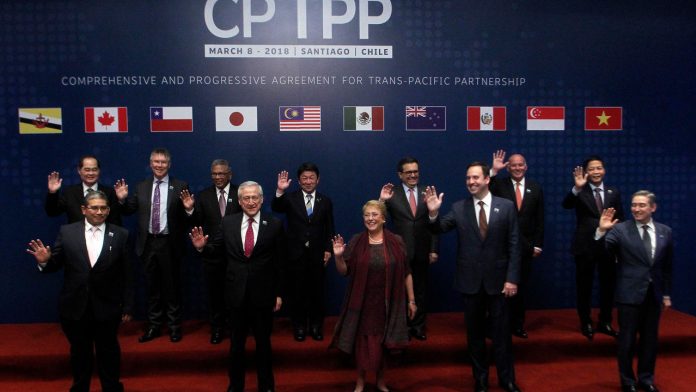 Britain will apply to join a massive 11-nation free trade bloc in the countries of Asia and the Pacific, it announced on Saturday, weeks after leaving the European single market with its exit from the EU.

International Trade Secretary Liz Truss will formally request on Monday that Britain join the comprehensive and progressive Trans-Pacific Partnership Agreement (CPTPP), a market representing half a billion people and about 13.5 percent of the global economy.

The CPTPP application comes one year after Britain left the European Union after more than forty years of membership – and after five years of complex trade discussions.

“Applying to be the first new country to join the CPTPP shows our ambition to do business on the best possible terms with our friends and partners around the world and to be an enthusiastic champion of global free trade,” he said.

Negotiations between the UK and the partnership – representing 11 Pacific countries including Australia, Canada, Chile, Japan, Mexico and Vietnam – are expected to begin this year, the Department of Commerce said.

After five years of debating the Brexit trade agreement, she said people would question the British government’s decision “to hurry to join another on the other side of the world without any meaningful public consultation at all.”

“At present, Liz Truss cannot even guarantee whether we would have the right to veto China’s proposed accession if we first join the bloc,” she said.

CPTPP member countries such as Japan, Australia, New Zealand, Mexico, Singapore are likely to be Britain’s new allies in trade policy terms and navigate the big three in the US, EU, China, so in that sense merge sovereignty in this different ‘club’. makes sense.

Truss said that joining the CPTPP would offer “enormous opportunities”.

She has spied on joining when Britain made deals with members such as Japan and Canada in the wake of Brexit, with British media reporting that the CPTPP countries accounted for about eight percent of Britain’s exports in 2019.

Truss said the deal will mean lower tariffs for carmakers and whiskey producers, as well as “delivering quality jobs and greater prosperity for people here at home”.

“Bloc membership has the potential to provide new opportunities for British business in various sectors,” he said.

CPTPP was launched in 2019 to remove trade barriers among the eleven countries representing nearly 500 million consumers in Asia and the Pacific in an effort to counter China’s growing economic influence.

The partnership is an updated version of a giant deal that was originally backed by former US President Barack Obama.

The United States withdrew from the agreement during Donald Trump’s presidency – and turned away from what he considered unfavorable multilateral affairs – but eleven countries eventually agreed to sign the new version.