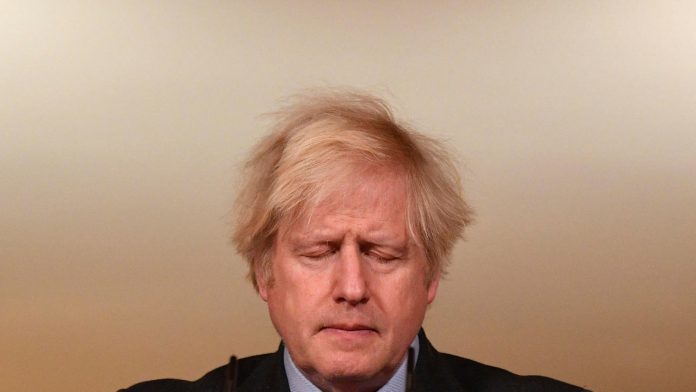 Britain on Tuesday became the first European country to kill 100,000 Covid-19 deaths, in a grim milestone almost a year since the first case of the disease. But the number of confirmed new infections is steadily declining among a third lockout and the world’s third highest vaccination rate.

The United Kingdom is the fifth country in the world to register 100,000 virus-related deaths after the United States, Brazil, India and Mexico, and by far the smallest. The United States has recorded more than 400,000 deaths in Covid-19, the world’s highest total number, but its population of about 330 million is about five times that of Britain.

The Department of Health said 100,162 people have died after testing positive, including 1,631 new deaths reported on Tuesday.

“It is difficult to calculate the sadness of the gloomy statistics,” said Prime Minister Boris Johnson at a televised news conference.

The British toll is more than twice the number of people killed by Nazi bombs during the Blitz 1940-41 and 30,000 more than the total number of British civilians killed during World War II.

The first confirmed British victim of the virus was Peter Attwood, an 84-year-old pensioner who died on January 30, 2020 – although the cause was not registered as Covid-19 until months later.

A year later, hundreds of thousands of Britons mourn the loss of loved ones and demand an account of the terrible fee.

In part, the UK has suffered due to long-term factors such as high levels of conditions including obesity and heart disease and London’s status as a global crossroads with particularly high connectivity.

The effect of new strain

The emergence of the more contagious British variant of Covid-19 in the south-east of England in the autumn is another factor in the country’s high death toll.

The new coronavirus strain tripled the number of infections in England during the second lock in November, while the number of new cases caused by the previous variant decreased by a third, estimated a report by researchers at Imperial College London released on 31 December.

The new strain recorded a higher reproduction rate (R) – which determines how contagious a disease is based on the number of people infected by each infected person – at 0.7 versus 0.4 for the previous strain, even with “high levels of social distancing” “during the shutdown before Christmas.

An R frequency must be less than 1 for the number of new cases to start falling.

The new strain caused a third deadlock in Scotland on 4 January and in England on 6 January.

But epidemiologists say the government’s decision during the pandemic also played a role in Britain’s high death toll.

At the beginning of the pandemic, which cases increased exponentially in mid-March, the British government’s scientific adviser, Sir Patrick Vallance, outlined a strategy based on the assumption that most people will get coronavirus: suppress it completely. ”

“In addition, because the vast majority of people get a mild disease, to build up some form of herd immunity so that more people are immune to this disease and we reduce the transmission, while protecting those who are most exposed to it,” Sa Vallance to the BBC on 13 March.

At the time, leaders of Johnson’s Conservative Party called on him to impose restrictions to curb the epidemic.

“It is surprising and regrettable that we are not doing anything [social distancing] at all when we only have four weeks before we get to the stage where Italy is, says Jeremy Hunt, chairman of the House of Commons Health Select Committee (which reviews government policy) and a well-respected former health secretary. BBC on 13 March. “You would have thought that every single thing we do during the four weeks would be designed to slow down the spread of people catching the virus.”

Johnson eventually set up the first shutdown on March 23. “Had we introduced lock-in measures a week earlier, we would have reduced the final number of deaths by at least half,” Neil Ferguson, an epidemiologist and professor of mathematical biology at Imperial College London, told a parliamentary committee in June.

The prime minister – who spent a week in hospital with the virus in April – has promised that a public inquiry will investigate Britain’s handling of the pandemic, although he has not said when it will begin.

But despite being hit hard by deaths, Britain has so far been a success when it comes to vaccinations. The UK has the world’s third highest number of Covid-19 doses per capita, behind Israel and the United Arab Emirates.

It had released a vaccine dose to 10.79 percent of the population on January 25, compared to just 2.29 percent in Germany and 1.67 percent in France, according to Oxford University’s Our World in Data tracker.

However, the EU did not approve its first vaccine, Pfizer-BioNTech jab, until 21 December.