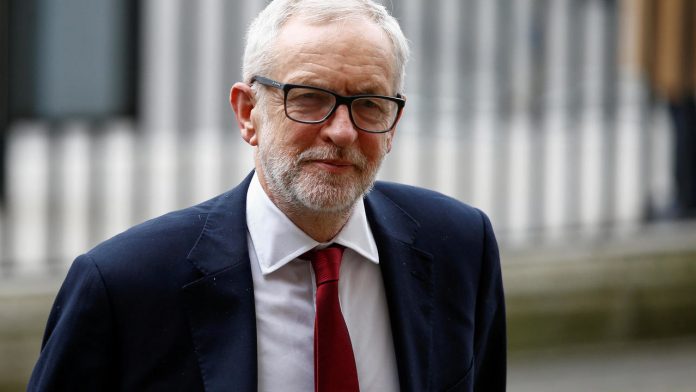 Britain’s former main opposition leader Jeremy Corbyn said he had been readmitted to the Labor Party after being suspended after his comments downplayed a report critical of its handling of anti-Semitism complaints.

The Commission on Gender Equality and Human Rights said in October that it had found evidence that it had not trained people investigating alleged anti-Semitism, political interference in the handling of complaints and harassment of individuals.

Corbyn, 71, responded to the report by saying that the scale of Labour’s anti-Semitism problems had been overestimated by the media and his political opponents, and that his attempts to deal with the issue had been blocked by “obstructive party bureaucracy”.

Current leader Keir Starmer has tried to make a clean break from the hard-left Corbyn era as he tries to turn Labor’s fortunes around after four consecutive general election defeats since 2010.

“I know this has been another painful day for the Jewish community and the Labor members who have fought so hard to tackle anti-Semitism,” Starmer wrote on Twitter.

“I am absolutely determined in my determination to make the Labor Party a safe place for the Jewish people.”

Mr Corbyn welcomed the decision by Labour’s National Executive Committee to reinstate him after three weeks, saying the focus should now be on challenging Prime Minister Boris Johnson’s administration.

“Our movement must now unite to oppose and defeat this deeply damaging Conservative government,” he said.

But the Board of Deputies for British Jews, the Jewish Leadership Council and the Community Security Trust were critical of Corbyn’s withdrawal in a joint statement.

“The mountain of work to climb to regain the trust of our society only got higher,” they said.