Home NEWS Britain’s Johnson will travel to Brussels when the time for the Brexit...
Facebook
Twitter
WhatsApp
Linkedin
LINE 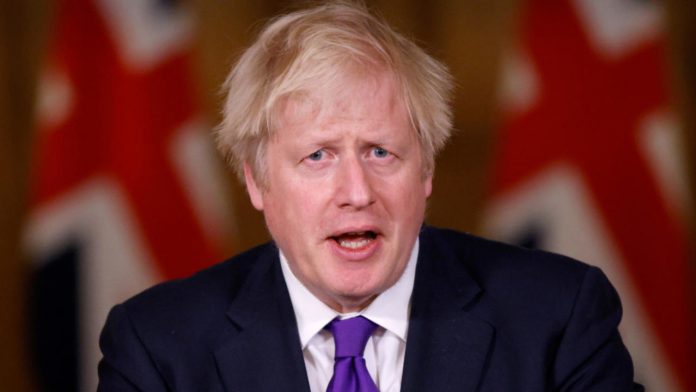 The British Prime Minister Boris Johnson will travel to Brussels in the next few days in an attempt to save the dying hopes of a post-Brexit trade pact, after the latest round of negotiations broke down on Monday without agreement.

EU chief negotiator Michel Barnier and his British counterpart David Frost have been talking for eight months but are still divided over fishing rights, fair trade rules and an enforcement mechanism for regulatory standards.

“The talks are in the same position now as they were on Friday. We have not made any concrete progress. It is clear that this must now continue politically,” said a leading source in the UK.

“Even if we do not believe that this process is complete, it looks very difficult and there is every chance that we will not get there.”

After the envoys’ last session in Brussels – and with just over three weeks until the UK leaves the internal market – Johnson held a telephone conversation with EU President Ursula von der Leyen and received an invitation to go over in person.

“We agreed that the conditions for concluding an agreement do not exist because of the remaining significant differences in three critical issues: equal conditions, governance and fisheries,” Johnson and von der Leyen said in a joint statement.

“We asked our chief negotiators and their team to prepare an overview of the remaining differences to be discussed at a physical meeting in Brussels in the coming days.”

With @BorisJohnson, we took stock of the negotiations. The terms of an agreement do not exist due to remaining differences in critical issues. We asked our chief negotiators to prepare an overview of the remaining differences that will be discussed in person in the coming days. pic.twitter.com/rWCWlMz0dv

It was not immediately clear whether Johnson’s visit would be a separate event, or whether he could be slashed ahead of an EU summit that begins on Thursday, where the other 27 EU leaders will meet in person.

The announcement of Johnson’s trip came after a pessimistic day of negotiations, during which Barnier told skeptical members that Wednesday was the effective deadline for a solution.

“Do it or break it” moment

Barnier told a briefing to EU diplomats that negotiations on fishing rights, fair trade rules and an enforcement mechanism for UK regulatory standards were still blocked after the December 31 internal market rules.

All eyes were on the EU summit when the contract for a deal – or a recognition of the failure to find one – will be added to the bloc’s 27 leaders.

A senior EU diplomat said the leaders would either “welcome an agreement” if there was one or demand urgent emergency measures in the event of a failure of talks.

“These will be crucial hours for the future of our British relations, and I guess we are in the ‘do’ or ‘break’ moment,” the diplomat told reporters.

Michael Gove, a Prime Minister of the United Kingdom and a close ally of Johnson, was sent to Brussels for separate talks to discuss the implementation of the existing divorce treaty.

Following a meeting with EU Vice President Maros Sefcovic, the British government said it was prepared to repeal clauses in Brexit legislation that have provoked EU legal action and undermined confidence in London.

It was not clear if this was intended as an olive branch of Britain in the trade talks, and London said the measures would stand if no trade arrangement was found.

The United Kingdom left the EU on 31 January and entered a transitional period to enable negotiations to establish a zero-tariff and zero-trade trade relationship.

Most sources agree that the most difficult question was how to guarantee fair trade in future ties and set up a rapid sanction mechanism if any of the sides were to go back, for example environmental or health standards.

The EU fears that the UK will cut its rules, which could allow its companies to underestimate European companies.

But Britain is very reluctant to accept a broad and binding arrangement and sees it as an infringement of its newly discovered sovereignty after 47 years of EU membership.

Fishing is still a fixed point with complaints that the British side has tightened its demands after reports that a breakthrough was imminent.

The British side “is pushing the EU to pull the plug, but I do not think they will”, said an EU diplomat.

Johnson boasts that Britain will “thrive” regardless of the outcome of the talks and excludes any request for a longer transition, which he refused to do when given the chance last year.