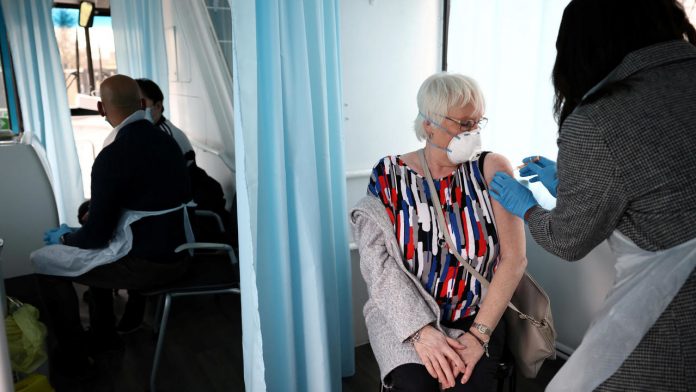 More than 20 million people across the UK have now received their first vaccine with COVID-19, data showed on Sunday as the country made greater progress with Europe’s fastest vaccination program.

“I urge everyone to get jab when called,” Johnson said. “Every jab makes a difference in our fight against COVID.”

Britain has suffered the highest death toll from COVID-19 in Europe – currently at 122,849 – and the biggest economic shock among the major rich countries, according to the main measures in official data.

But the pace of the rollout of vaccination has given rise to the possibility of gradually lifting its current restrictions on lock-in between now and the end of June.

On Sunday, Finance Minister Rishi Sunak promised to help the economy while the country is still under restrictions.

In a budget statement on Wednesday, he is expected to announce more borrowing in addition to his nearly £ 300 billion ($ 418 billion) of COVID-19 spending and tax cuts.

Official data showed that a total of 20.09 million people in the UK have received their first dose of a COVID-19 vaccine and almost 800,000 have received a second dose.

Last week, the UK said more than one in three adults had received its first vaccination.

The UK also reported a further 6,035 cases on Sunday in the previous day and 144 more deaths within 28 days of a positive test.