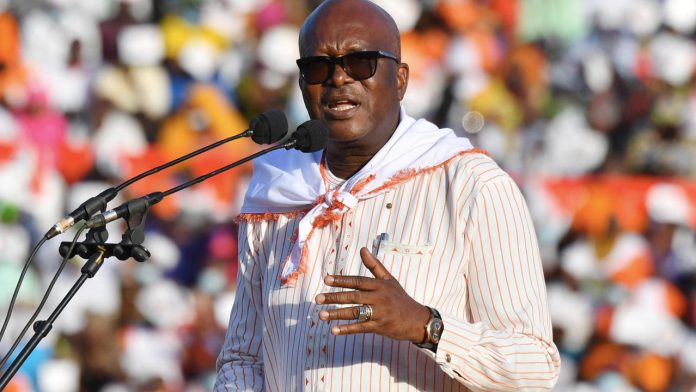 Burkina Faso’s President Roch Marc Christian Kaboré has won re – election in the poll on November 22 with 57.87% of the vote, according to full preliminary results announced by the Electoral Commission on Thursday.

After winning more than 50% of the total votes, Kaboré has secured enough votes to avoid a second round.

Some analysts had expected a closer rally on Sunday between Kaboré, who was elected president of Burkina Faso in 2015, and his main rivals, who claimed he failed to contain jihadist and ethnic violence that forced 1 million people to flee their homes during his first term.

Sunday’s presidential and parliamentary elections were held in the shadow of jihadist violence, with a sharp increase in attacks by groups linked to al-Qaeda and the Islamic State, which claimed more than 2,000 lives this year alone.

Once perceived as a stable West African nation, the fate of Burkina Faso is now closely linked to the Sahel region, where 5,000 French troops are deployed during Operation Barkhane and cooperate with a new European Operation Takuba force.

The presidential election results read out by the election commission on Thursday showed that Kaboré received 57.87% of the vote, while his two closest rivals, Zéphirin Diabré and Eddie Komboigo, received 12.46% and 15.48% respectively.

Kaboré’s opponents have raised concerns about the validity of the vote. But the election commission has fired them and an international observer mission gave the election the healthiest health.