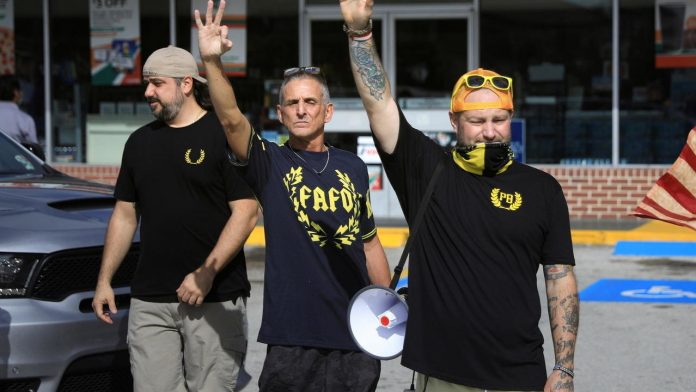 On Monday, the Canadian Parliament unanimously adopted a proposal calling on the government of Prime Minister Justin Trudeau to appoint the right-wing Proud Boys to a banned terrorist group.

The proposal is purely symbolic, but the government has said that the authorities are monitoring the group and collecting evidence that can support the move.

The proposal, presented by the fourth-ranked New Democrats, says the government “should use all available tools to address the proliferation of white supremacists and hate groups, beginning with the immediate designation of the Proud Boys as a terrorist unit.”

Members of the Proud Boys, which was started by a Canadian who has since distanced himself from the group, were among Donald Trump supporters accused of the violent attack on the US capital earlier this month.

Its chairman, Enrique Tarrio, was also arrested in Washington over the torch by a Black Lives Matter banner taken from a church during violent protests in December.

In Canada, they first made headlines in 2017 when five Marine members of the Proud Boys were disciplined for disrupting a domestic ceremony in Halifax.