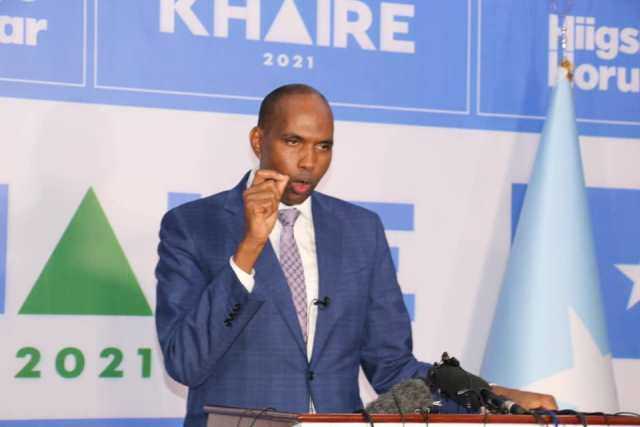 Former Somali Prime Minister Hassan Ali Kheyre has said that the public is concerned about the current political situation in the country during the election process.

He warned of the consequences if the election process was not agreed upon.

“In order to avoid violence in this country, so that the government does not fall behind and the Somali people are not discouraged, it is important that the country holds free and fair elections.”

Kheyre, meanwhile, blamed the unrest in many countries on electoral issues.

“If there is no consensus on the electoral system, there will be no consensus on the consequences of governance, so it is important that we learn from the past and the present in the world, first and foremost our neighbors, especially Ethiopia, which is currently in crisis. is believed to be based on postponed or non-consensual elections.

Hassan Ali Kheyre, one of Somalia’s presidential candidates, has returned to Mogadishu, where he launched his election campaign.