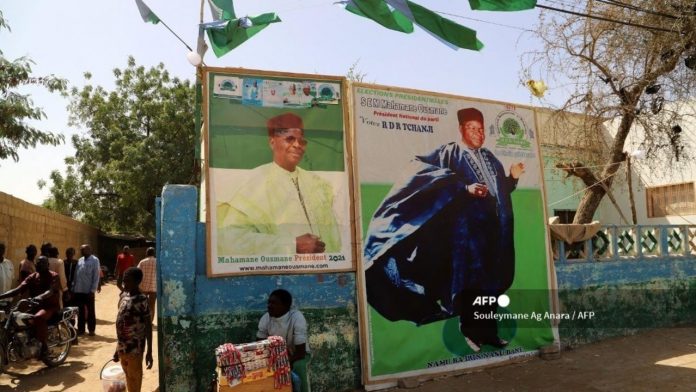 The ruling party’s candidate in Niger, Mohamed Bazoum, will go into Sunday’s presidential vote as the heavy favorite to succeed the resigning Mahamadou Issoufou, whose policies to combat Islamist violence and widespread poverty he has promised to continue.

After winning the first round in December by 22 points over his nearest rival, former president Mahamane Ousmane, Bazoum was supported by the candidates in third and fourth place.

Ousmane, who was president from 1993-1996, hopes to provoke outrage through promising change in the face of intensified attacks by militants linked to al-Qaeda and the Islamic State, part of a broader security crisis throughout the West African Sahel region.

Suspected jihadists killed at least 100 civilians on January 2 in raids on two villages in the Tillabery region near the Mali border, one of the deadliest episodes in the country’s recent history.

“I promise to do everything, if I am elected president of the republic, to give you security,” Bazoum said during the Tillabery campaign last week.

Regardless of the result, the vote is expected to mark a watershed for Niger, which has experienced four coups since gaining independence from France in 1960, leading to its first transfer of power between two freely elected presidents.

Unlike its Côte d’Ivoire and Guinea counterparts, who used constitutional amendments to extend their terms last year, Issoufou is stepping down after two five-year terms.

While Bazoum has promised continuity with Issoufou’s policies – and even hired Issoufou’s son as his campaign manager – Ousmane has criticized the government’s record, especially in corruption matters.

He seized a government audit last year that found that nearly 40% of the $ 312 million spent by Niger on defense contracts over the past three years was lost through inflated costs or undelivered materials.

“I am not for the continuity of mismanagement, waste and inefficient investment,” Ousmane said in an interview with French radio this week. “I am a candidate for change.”

Ousmane questioned that Bazoum is the favorite and said that his rivals’ winning margin in the first round was due to fraud. He left no evidence.

Both candidates have focused on safety on the campaign track. Twice as large as France, Niger touches on two of Africa’s deadliest conflicts – one near its western border with Mali and Burkina and another near its southeastern border with Nigeria.

The growing uncertainty has exacerbated a number of economic challenges, including drought, the COVID-19 pandemic and low prices of its main export uranium. More than 40% of the population lived in extreme poverty in 2019, according to the World Bank.

“Everyone agrees that as long as this (security) issue is not addressed, no development will be possible,” said Amadou Boubacar Hassane, a constitutional lawyer.

Younoussi Abdourhamane, a 35-year-old civil society activist, said he planned to vote for Ousmane and accused Bazoum of minimizing the seriousness of the security crisis.

“We are in a sufficiently critical situation that all citizens must mobilize to vote because the real issue is saving the country,” he said.