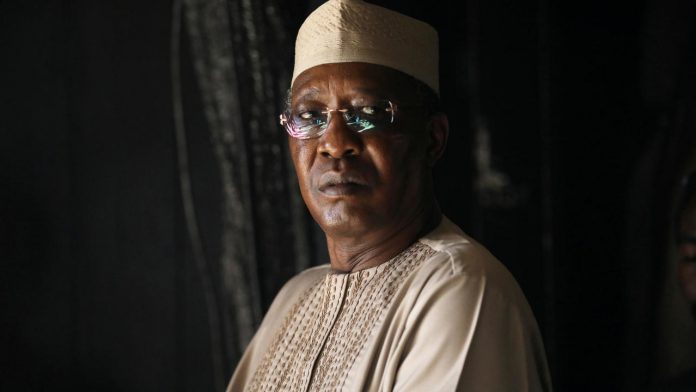 Deby, 68, who came to power in a 1990 uprising, pushed through a new constitution in 2018 that reintroduced time limits but would let him stay in power until 2033. His opponent accuses him of paralyzing the country’s institutions in an attempt to hold on to power .

In the capital N’Djamena, hundreds of protesters lit tires and shouted “No to a sixth term!” and “Leave, Deby!”, according to witnesses.

The protests followed the announcement that the ruling party MPS (Patriotic Salvation Movement) had supported Deby’s bid for a sixth term.

When Deby accepted the nomination, he said, “The people’s trust has sacred value to me.”

Deby, who took the title of Field Marshal in August last year, said he responded “positively to the call of this people” after “a mature and deep introspection”.

Chad is an ally of Western countries in the fight against Islamist militants in West and Central Africa and one of the largest contributors to the UN peacekeeping mission in Mali.

Deby has faced strikes and protests in recent years due to economic misery caused by low oil prices and armed uprisings in the desert north, where the former colonial power France has intervened in support of the government.

Since Deby rejected the autocratic leader Hissene Habre in 1990, Deby has been re-elected every five years in major election victories. But he has used his effective control of state media and institutions to maintain political dominance.

During his rule, Deby has been accused of appointing relatives and comrades to key positions and has failed to address the poverty that afflicts many of Chad’s 13 million people despite oil wealth.

The country ranks 187th out of 189 in the UN Human Development Index.

Before the election in April, 12 opposition parties said last week that they would field a common individual candidate. They also signed an agreement to create an electoral coalition called the Alliance Victoire (Victory Alliance).

Signatories include two prominent opposition figures – Saleh Kebzabo, second in the 2016 election with about 13 percent of the vote, and Mahamat Ahmat Alabo.

The opposition manifesto says that other opposition parties can join, even if it does not specify a date for when the individual candidate will be appointed.

The alliance’s coordinator, Alladoumngar Tedengarti, said that “lessons have been learned” from 30 years of elections where Deby has been able to cross a fragmented opposition.

Other leaders who have not yet joined are Laokein Kourayo Medar, who placed third in 2016, and Succes Masra, whose campaign group, The Transformers, has joined NGOs in demanding protests.