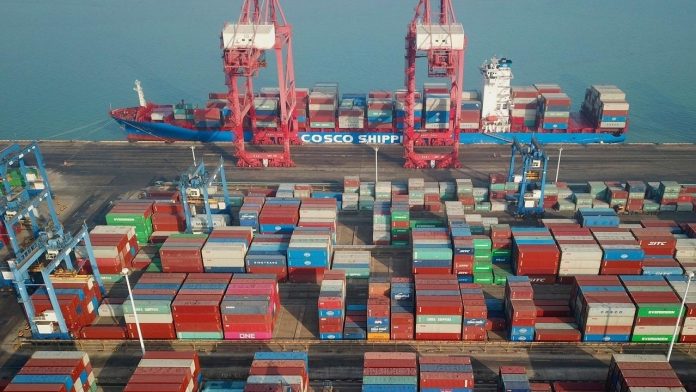 Britain, meanwhile, which is no longer part of the European Union, was the third largest trading partner for the bloc, behind China and the United States, the agency said.

China’s dominance came after suffering from the coronavirus pandemic in the first quarter but recovered sharply with consumption even exceeding the level a year ago at the end of 2020.

This helped drive sales of European products, especially in the automotive and luxury goods sectors, while China’s exports to Europe benefited from strong demand for medical equipment and electronics.

The detonation of the United States comes as the EU and China seek to ratify a long-negotiated investment agreement that would give European companies better access to the Chinese market.

Eurostat said that trade volume with China would reach 586 billion euros ($ 711 billion) in 2020, compared to 555 billion euros (673 billion dollars) for the United States.

EU exports to the US decreased by 13.2 percent during the same period and imports by 8.2 percent.

In addition to the Covid-19 crisis, transatlantic trade has been hampered by a series of tit-for-tat feuds that have led to tariffs on steel and products such as French champagne or Harley-Davidson motorcycles.

Eurostat said that trade with the UK fell in 2020, the year in which the UK officially left the bloc, although it was in a period of transition to eliminate the effects of Brexit until 31 December.