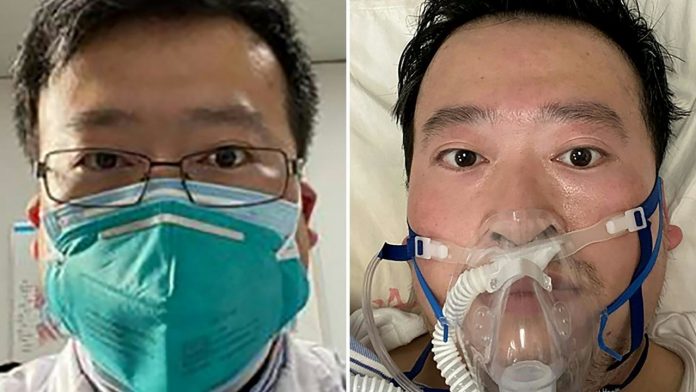 Thousands of Chinese social media users paid tribute to Li Wenliang on Saturday, marking a one-year anniversary for the doctor who first blew a whistle at the coronavirus outbreak.

Li, one of a group of doctors in Wuhan who shared social media posts and warned of a SARS-like virus spreading in the city center in December 2019, was reprimanded by police for spreading “rumors”.

The 34-year-old ophthalmologist’s situation eventually became public, making him a potent symbol of the dangers of offering a different story than the official Chinese announcement.

The Chinese public embraced Li as an ordinary man trying to do the right thing. His wife was pregnant and he would soon become a father. He sent the “rumor” because he wanted to warn others.

The public also saw when he became ill with the disease he warned them about, eventually getting worse and dying.

Li’s death from Covid-19 was originally reported by Chinese state media on the night of February 6, 2020, but news agencies quickly withdrew their reporting. The next day, Wuhan Central Hospital announced his death.

Chinese on Saturday mourned his death, online and offline. Mourners brought flowers to the hospital, while online demanded some freedom of speech – posts that were quickly censored.

In recent months, the Chinese government has promoted an official story focusing on its effective handling of the outbreak, as local transmissions have largely been brought under control and censorship is rapidly scrubbing the more critical comments from the internet.

But Li’s personal page on the Twitter-like Weibo platform is still a rare space for users to celebrate the trauma of the early outbreak after the country imposed a strict lock on millions of people in Wuhan and the surrounding Hubei province.

Commentators marked the anniversary of his death with thousands of messages, ranging from light emoticons to updates on their own lives addressed to the late doctor.

“Dr. Li, the weather is amazing today where I live … everyone around me is trying their best in life, everything is fine, happy new year” wrote a Weibo user on Saturday in a comment to Li’s latest post, which has attracted more than a million comments, mostly after his death.

“I thought everyone would have forgotten you after a year,” wrote another commenter.

“I was wrong, you live forever in the heart of the Chinese people.”

In Wuhan, no public signs of grief

There was no sign of praise outside Wuhan Central Hospital where the 24-year-old ophthalmologist first warned colleagues about the mysterious new virus, in stark contrast to the pictures and bouquets left by mourners a year ago.

The city where the virus was first discovered is now hosting a delegation of World Health Organization inspectors looking for clues to the source of the pandemic.

The sensitive mission, which China had delayed during the first year of the international health crisis, has already visited the Huanan Seafood Market where many of the first known patients worked.

Experts have also toured a controversial virtuoso institute in Wuhan at the heart of conspiracy theories about the origin of the disease.

Life in Wuhan, a city of 11 million, has largely returned to normal, with bustling shopping malls and bustling night markets months after the world’s first Covid lock was lifted in April.