Home NEWS ‘Clinging to power’: Illustrators give their impression on the US presidential election
Facebook
Twitter
WhatsApp
Linkedin
LINE 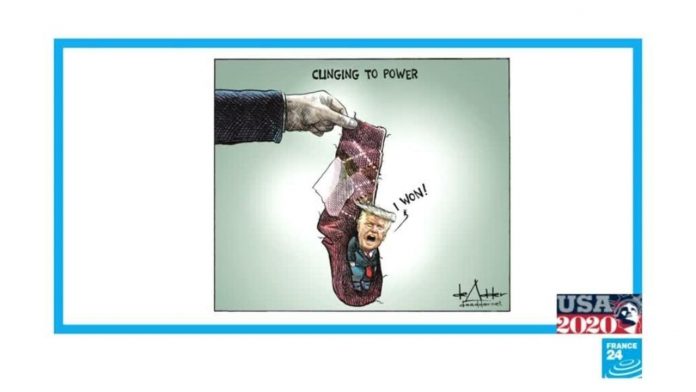 IN THE PRESS – 5 November 2020: We look at the coverage of the US presidential election in the French and British press, where the race takes the front pages. The French newspaper L’Opinion has a cartoon by Donald Trump like a sausage, sandwiched between the east coast and the buns of the west coast: an illustration of a divided America. American cartoonists and columnists are also reacting to events and to Trump’s announcement that he could challenge the results in court. A cartoon shows the American president claiming victory even though he is stuck in a dirty sock that is to be thrown away.