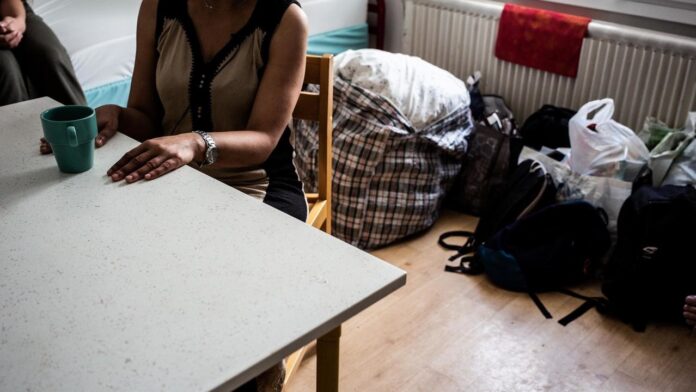 Many abusive partners deprive women of their financial autonomy, in a form of domestic violence that is often overlooked. Women’s rights organizations have warned of this phenomenon – which they describe as a form of “economic violence” – and some French lawmakers now want to make such acts a crime.

According to a study by a network of French non-governmental women’s rights, Solidarité Femmes (Women’s Solidarity), 23 percent of women in domestic violence say that their partners mistreat them financially – from controlling spending, to banning them from working, to expropriate their wages.

The Committee on Women’s Rights of the French National Assembly (House of Commons) now wants to make such “economic violence” a crime in France.

Ahead of International Women’s Day on 8 March, Jowhardiscussed the issue with Françoise Brié, spokeswoman for the Solidarité Femmes network.

What exactly is economic violence?

Based on our work on the ground and our national helpline, we have identified six forms of domestic violence: verbal, psychological, physical, sexual, financial and administrative. Economic violence includes a range of measures that control women’s economic autonomy, such as taking away their wages or possessions, controlling how they spend their money or even banning them from having a job.

So economic violence usually takes place within the household, but it can also continue after a separation – for example by instituting repeated legal proceedings against women with little or no financial resources. I must emphasize that I am not talking about ordinary monetary disputes between couples, but what is really a very serious form of domestic violence.

How widespread is this in France?

There are not many statistics available, but women’s rights groups have found that this phenomenon is growing several times. In the 2019 study, for which Solidarité Femmes looked at almost 13,000 cases of domestic violence, more than one in five women described this type of financial abuse.

Among the 3,000 examples of financial abuse we found, one woman said that her partner gave her only 20 euros a week for her and her children. Another woman signed her property to her abusive husband at the notary’s office, despite his warnings. We also spoke to women whose husbands charged them for living expenses, while the abusive partner continued to pay the bills and refused to divide their joint property after the separation.

Our study also showed that this phenomenon affected women throughout society, from low-wage workers to senior business leaders.

What can be done?

The victims are sometimes without money or somewhere to go when they leave their abusive partners. We need more crisis protection and more resources to give NGOs more focus on supporting women psychologically, helping them with administrative processes and also with their possible return to the workforce.

For those of us who work in the rights of non-state women, much of our work is focused on deconstructing insidious sexist notions that have taken hold of the victim’s heads; we must make them realize that they are not guilty. This is particularly difficult because economic violence takes place in a broader societal framework that generally benefits women.

Things have started to move forward on a political level. Marie-Pierre Rixain, Member of Parliament for President Emmanuel Macron’s central party La République En Marche, wants to ensure that the salaries of women employees always go into a bank account under their own name to protect their financial autonomy. It is a step in the right direction, but we must go further by making economic violence a crime. The fight against this phenomenon must be prioritized, as must the issue of sexual violence and the challenge of ensuring that victims have a place to go when leaving abusive partners.