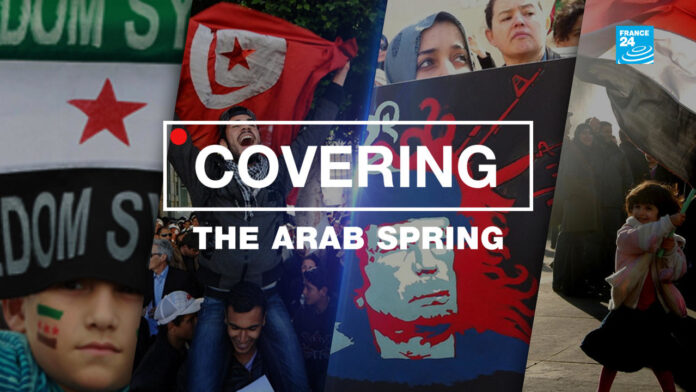 From Tunisia to Syria, Egypt to Yemen, a wave of revolutions set in motion the Arab world in 2011. Ten years later, our reporters look back at how the Arab Spring developed and reflect on their experience of covering it.

It all started on December 17, 2010, when fruit seller Mohamed Bouazizi set himself on fire in Tunisia after police confiscated his booth. The suicide triggered weeks of protests that led to the ouster of President Zine El Abidine Ben Ali after 23 years in power.

“Seeing the human sea on the streets of Tunis showed us strongly that a country was suddenly no longer afraid,” says Jowharpresenter François Picard.

The so-called “Jasmine Revolution” had a domino effect throughout the Arab world, largely helped by social media.

“These were countries where you did not protest against the regime, they were very oppressive, autocratic regimes. So when this huge swell of popular uprisings began, you knew it had bones, ”explains Jowharsenior reporter Catherine Norris-Trent, who covered uprisings in Libya, Tunisia and Yemen.

What first began as protests, however, quickly became a full-blown war in Libya, Yemen and Syria. Catherine Norris-Trent went back to Libya for Jowharseveral times over the years and says it has been sad to see the dreams of the revolution turn into chaos and violence.

“People today are struggling with unemployment, they are still struggling with security problems. There is a lot of work to do, she explains. But despite the disappointment, the Arab Spring aroused hope for many people, and “when the hope is out there, I do not know if it can ever really be put down,” she continues.

Click on the player above to watch episode 5 of our video series “Covering”.