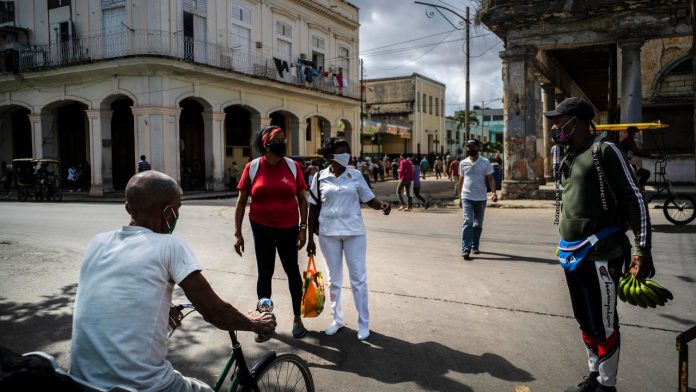 Cuba announced on Saturday that private activities will be approved in most sectors, a major reform in the communist country where the state and its companies dominate economic activity.

The measure, presented in August last year by Labor Minister Marta Elena Feito, was approved on Friday during a meeting of the Council of Ministers, according to the daily newspaper Granma, the ruling Communist Party’s official newspaper.

Until now, private enterprise – which has been approved in Cuba since 2010 but whose real rise goes back to the historic warming of ties between Cuba and the United States, which began in late 2014 under Barack Obama – was a list of sectors established by the state .

“The previous list of 127 (authorized) activities has been eliminated,” the labor minister said.

From now on, a list will determine which sectors are reserved for the state, which will be a minority: “Of the more than 2000 activities where private work is allowed … only 124 will be limited, in whole or in part, said Feito without giving further details, although they are expected to include industries that are considered strategic for the state, including the media, health and defense.

“The continued development of private labor is the goal of this reform,” she said, stressing that this “will help unleash the productive forces” in the private sector.

Currently, more than 600,000 Cubans work in the private sector, or 13 percent of the island’s workforce of 11.2 million.

They are mainly employed in gastronomy, transport and rental of rooms to tourists.

But these sectors were hit hard by intensified US sanctions under the Donald Trump administration, as well as the coronavirus pandemic, which led many business owners to revoke their licenses.

The reform is “an important step in increasing employment,” Economy Minister Alejandro Gil said on Twitter.

This is “good news” and “a step in the right direction”, although unfortunately it took too long to be approved, tweeted Ricardo Torres, an economist at the University of Havana.