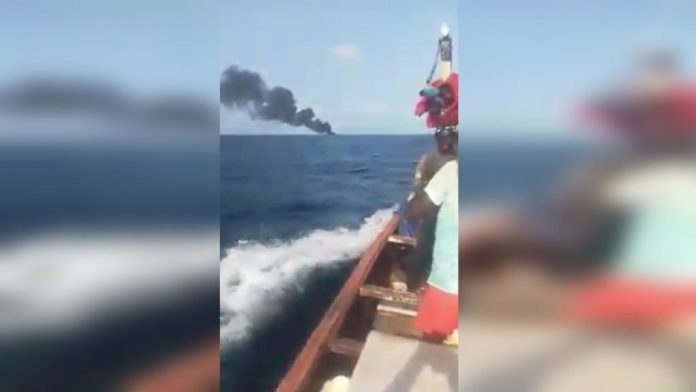 People across Senegal are reacting with shock and sadness to the news that a deadly fire engulfed a canoe transporting migrants en route to the Canary Islands in the waters off M’bour, Senegal on 23 October. At least 10 people have been confirmed dead, but survivors say the number of victims is much higher and could reach over 100 in the coming days. Those on board were among the growing number of Senegalese who made a desperate attempt to reach the Canary Islands, which belong to Spain and are considered a gateway to Europe. Our observer met survivors of the accident, which was rescued by the Senegalese navy and local fishermen.

To reach the Spanish archipelago, the Canary Islands, from Senegal, migrants must travel more than 1,400 km across the Atlantic, a long and dangerous journey. The risk came into sharp focus on October 23, when news broke that at least 10 people had died as they tried to reach the Canary Islands when their boat caught fire.

A video, filmed by local fishermen, shows thick black smoke in the distance. Another video shows two survivors swimming up to the side of a boat. These videos have been widely shared on WhatsApp and other social media applications and have received extensive coverage in the Senegalese media. Pictures said to show those killed in the tragedy have also circulated online.

On October 23, the Senegalese Army Press Department (DIRPA) declared that a Spanish patrol vessel discovered the canoe in distress approx. 80 km off M’bour. This Spanish ship and the Senegalese fleet managed to rescue 51 passengers, according to DIRPA. Others were rescued by fishermen operating in the area.

Operation FRONTEX. Interception this day two pirogues. One at 05:00 in 50 km large of Dakar with 111 migrants by Marine National, handed over to the police in Dakar. The other in Mbour’s large by Spanish patrolman, following fire on board pirogue. 51 escaped achemines to the naval base pic.twitter.com/JDwvU65xaX

‘Eavesdropping on two canoes today. And at 5:00 50 km from Dakar with 111 immigrants of the French navy, handed over to the police in Dakar. The other off Mbour by Spanish patrol boat after a fire aboard the canoe. 51 survivors transported to the naval base. ‘Posted on Twitter October 23rd.

Two days later, Senegalese President Macky Sall announced that “more than a dozen young countrymen” had died when an explosion occurred in the engine of a boat.

It’s with a lot of emotion that I’m appreciating the explosion, in high seas, of the engine of a pirogy that carried young landsmænd. A drama that caused the loss of more than one youth plot.

‘It was with great feeling that I learned the explosion at sea of ​​the engine of a canoe carrying young countrymen. A tragedy that caused the loss of more than a dozen young people, ‘Senegalese President Macky Sall posted on Twitter.

JowharObservers teams received a number of audio messages explaining that the canoe had sailed empty from Saint Louis. The passengers went out near M’bour. Many of them were from the Pikine neighborhood of Saint Louis.