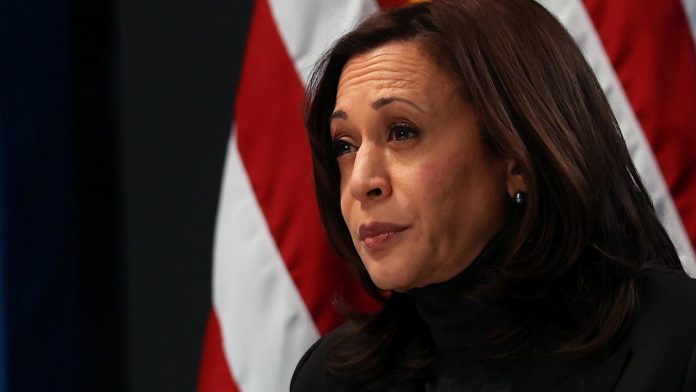 Democrats unveiled legislation on Thursday for President Joe Biden’s plan to create a path to citizenship for 11 million undocumented immigrants, saying there is no reason to deny them a permanent home in the United States.

Biden called political reforms “a long time ago” and said they were aimed at reversing the “misleading policies” of his predecessor Donald Trump, who made a concerted effort to stop illegal immigration, crush legal immigration and expel undocumented immigrants, too. those ashore for decades.

The new proposal aims to provide legal protection to millions of people, mostly from Mexico and Central America, who have lived in the country for many years, with homes, businesses and US-born children and grandchildren.

“Immigration is an indisputable source of our strength and is essential to who we are as a nation,” Biden said in a statement.

“This is an important first step in pursuing immigration policies that unite families, grow and strengthen our economy and protect our security,” he said.

The main focus of the legislation is to provide an eight-year path to citizenship for most undocumented immigrants living and working in the United States.

Some, including farm workers and people brought to the country as children – so-called dreamers – will be given an immediate path to a permanent residence permit or a “green card”, so that they can work legally.

Other defendants include thousands of people in the United States under temporary protection status (TPS) due to violent upheavals or natural disasters in their home countries.

And underlining the Biden administration’s reversal of Trump’s strict immigration policy, the legislation also proposes an end to calling undocumented immigrants “aliens” in US law.

Instead, they will be called “non-citizens.”

“It’s time to bring all 11 million undocumented migrants out of the shadows,” said Democratic Sen. Bob Menendez, a leading lawmaker.

“We have an economic and moral demand to implement a great, bold and inclusive immigration reform that leaves no one behind, not our dreamers and TPS holders, not our farm workers and meat packers, not our essential workers, not our parents, friends and neighbors. ” he said.

Menendez noted that many of the immigrants work in the agricultural, food and healthcare industries that have been necessary during the Covid-19 pandemic, while at the same time risking higher rates of coronavirus infection and death.

“They are important workers, so important that our economy would not function without them. Still, they live in constant fear, he said.

>> Covid-19: How the meat industry became a global health responsibility

Biden announced on January 20, his first day in office, that he would continue with comprehensive reforms of immigration laws to design a more “humane” and “fair” system.

A big focus is the dreams, people who were brought to the United States illegally as children who grew up here.

Biden was vice president of the administration of President Barack Obama, who sought citizenship for dreamers, only to be forced to compromise with Republicans for short-term action.

Trump sought to reverse the Dreamers program as part of more than 400 executive orders to curb immigration and punish the undocumented.

But it was only partially restored, leaving millions in a state of uncertainty.

In addition to providing a path to citizenship for millions already living in the United States, Biden wants a more forgiving policy at the border, ending Trump’s “zero tolerance” method and reuniting families separated by it.

Menendez urged Democrats to take advantage of their narrow control over both houses of Congress to push through legislation.

Republicans condemned it, saying the changes would lead to a new border crisis as people from Central American countries flocked north hoping to enter the United States.

“This blatantly biased proposal rewards those who break the law, flood the labor market at a time when millions of Americans are out of work, fail to secure the border, and encourage further illegal immigration,” said Republican Rep. Jim Jordan.

In another immigration-related measure on Thursday, the Biden administration ordered the US Immigration and Customs Enforcement (ICE) to limit its concerns and deportation of illegal immigrants primarily to those who pose national security risks.

Under Trump, the ICE conducted rallies and deportations against migrants with even minor violations such as traffic violations.