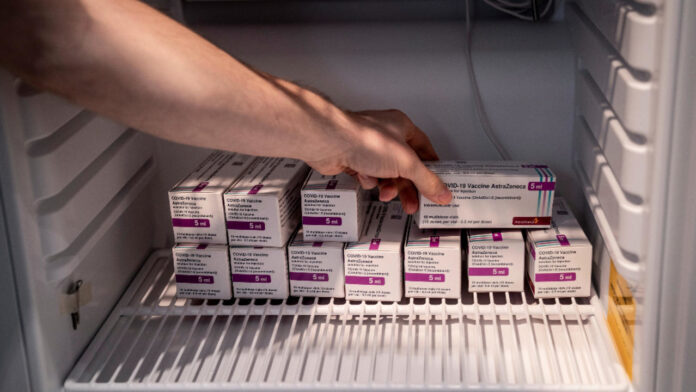 The Danish health authorities said on Thursday that they are temporarily suspending the use of AstraZeneca’s Covid-19 vaccine after some patients have developed blood clots since they got a jab.

The move comes “after reports of serious blood clots among people vaccinated with AstraZeneca’s Covid-19 vaccine,” the Danish health authority said in a statement.

But it cautiously added that “at present it has not been established that there is a link between the vaccine and the blood clots”.

Austria announced on Monday that it had suspended the use of a series of AstraZeneca vaccines after a 49-year-old nurse died of “serious blood clotting problems” days after receiving an anticoagulant shot.

However, Denmark has suspended the use of its entire AstraZeneca delivery.

Spain said on Thursday that it has not yet registered any cases of blood clots related to AstraZeneca’s Covid-19 vaccine and will continue to administer the shots.

Spanish Health Minister Carolina Darias said she had been informed of blood clots among recently vaccinated people in Austria, but added that “so far no causal link has been established between the vaccine and the blood clotting events”, and the European Medicines Agency (EMA) evaluated the situation.

On Wednesday, EMA, Europe’s drug watchdog, said a preliminary probe showed that the kit of AstraZeneca vaccines used in Austria was probably not responsible for the nurse’s death.

By March 9, 22 cases of blood clots had been reported among more than three million people vaccinated in the European Economic Area, the EMA said.

“It is important to point out that we have not stopped using the AstraZeneca vaccine, we are only pausing its use,” said Danish Health Director Soren Brostrom in the statement.

Denmark said that one person had died after receiving the vaccine. EMA has launched an investigation into that death.

“There is extensive documentation that proves that the vaccine is both safe and effective. But both we and the Danish Medicines Agency must act on information about possible serious side effects, both in Denmark and in other European countries,” says Brostrom.

The suspension, which will be reviewed after two weeks, is expected to slow down Denmark’s vaccination campaign.

Copenhagen now expects to vaccinate its entire adult population in mid-August instead of the beginning of July, says the National Board of Health.