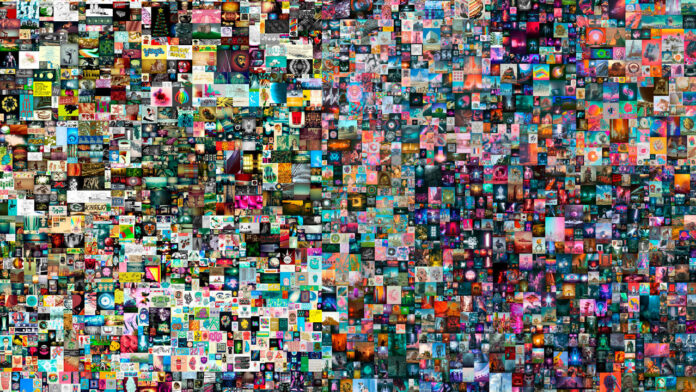 Christie’s auction house on Thursday said it had auctioned off a digital collage by an artist named Beeple for nearly $ 70 million in an unprecedented sale of a digital artwork that fetched more money than physical works by many more famous artists.

The piece, titled “Everydays: The First 5,000 Days,” sold for $ 69.4 million, “placed him among the three most valuable live artists,” Christies said via Twitter.

Christie’s said it also marks the first time a major auction house has offered a digital work of art with a non-functional symbol as a guarantee of its authenticity, as well as the first time cryptocurrency has been used to pay for a work of art at auction.

Beeple, whose real name is Mike Winkelmann, responded to the sales result with a description on Twitter.

. @ beeples ‘The First 5000 Days’, the first purely digital NFT-based work of art offered by a large auction house, has sold for $ 69,346,250 and placed him among the three most valuable living artists. Many thanks to @beeple + @makersplaceco. More information will be released shortly

Non-fungal tokens, known as NFT, are electronic identifiers that confirm that a digital collector’s object is real and have recently swept the online collecting world. They prove that the item is unique, which allows buyers to claim ownership.