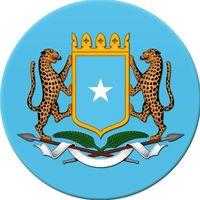 MOGADISHU, October 29, 2020: The Federal Government of Somalia deeply regrets any violation against the faith and sanctity of the Muslim people, including insults to Prophet Muhammad (PBUH) under the pretext of freedom of speech.

As per international norms, all religious sanctities must be equally respected and protected, especially those that are particularly sensitive to Islam.

Any act that hurts the feelings of Muslims will serve the interests of extremist groups. Therefore, such actions should be avoided at any cost as they spark outrage and incite animosity among world communities who adhere to different ideologies and religions.

The Federal Government of Somalia urges world leaders to carefully and thoroughly consider statements that infringe on the rights and sentiments of Muslims by clearly differentiating between freedom of speech and violation of religious sanctity & beliefs.

Wales draw with Switzerland, powerful Belgium takes on the battle

hanad - June 12, 2021
Danish midfielder Christian Eriksen collapsed during play and was resuscitated by medics on Saturday during his side's Euro 2020 match with Finland, interrupting the...