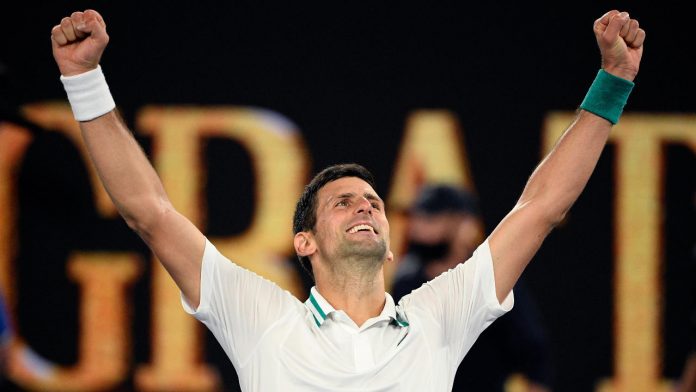 Like Dominic Thiem in last year’s final, Djokovic met an opponent desperately for success and his own place at the Grand Slam table.

But unlike Thiem, who drove Djokovic to five sets, Medvedev never really threatened.

The 33-year-old made a mockery of the Russian’s 20-match win and his point before the match that all the pressure to win was on the champion.

He broke him seven times for the match and ended the one-sided competition with a net rush and a brilliant running volley.

After extending their unbeaten record in nine finals at Melbourne Park, the Serb broke into triumph and wrapped his team in a group hug.

He has now won six Grand Slam titles after the age of 30, which corresponds to Nadal’s record.