Home NEWS Does the end of the Trump administration signal a revival of its...
Facebook
Twitter
WhatsApp
Linkedin
LINE 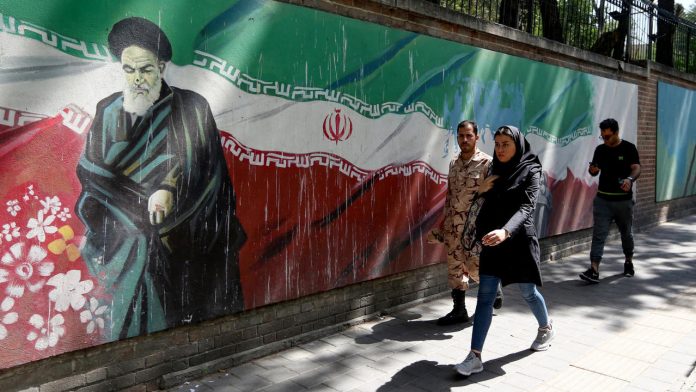 With two months left before handing over power to Joe Biden, will lame-duck US President Donald Trump return to playing war games with Iran? According to the New York Times, the lame duck president asked his advisers, who discouraged him, about options for a strike at an Iranian nuclear power plant.

New US sanctions have been imposed on Iran. This time, the targets of the US sanctions on November 18 are the Iranian intelligence minister and the Mostazafan Foundation of Islamic Revolution, which is handling the money from the confiscated assets of the former royal family.

A few hours before the new sanctions were introduced, Tehran had declared itself willing to return to “automatically” respecting its nuclear commitments if the future administration of Joe Biden lifted the sanctions. But the Trump administration seems to have other plans and reinforces the tone a few weeks before it is scheduled to leave the White House in January 2021.

Joe Biden’s victory in the November 3 election has far from slowing down the Trump administration’s full-court press strategy against Tehran has driven the outgoing president to play his last trump card in Iran.

On November 12, just days after his election defeat, Trump gathered his military advisers in the Oval Office to investigate the possibility of a preventive strike against Iran, the New York Times reported. These senior officials, including Vice President Mike Pence, Secretary of State Mike Pompeo and Joint Chiefs of Staff General AA Milley, advised him against doing so and warned of the risk of triggering a broader regional conflict.

According to the American record newspaper, Trump wanted to target the Natanz nuclear power plant, which is located in central Iran. It was at this facility that the International Atomic Energy Agency reported on November 11 – the day before Trump’s meeting – that Iran’s uranium stocks were now 12 times greater than what had been approved by the nuclear deal that Washington withdrew from 2018. While quantity is worrying, it is much less than the amount of nuclear fuel that Iran had collected before former US President Barack Obama reached the nuclear deal with Tehran in July 2015, the New York Times reported.

This section says a lot about the American president’s state of mind when it comes to leaving office: does he want to leave his successor a poisoned lime? Some national security officials are worried, especially as Trump fired Secretary of Defense Mark Esper and other senior Pentagon officials last week, replacing them with his comrades and less likely to question his impulsive orders. Concerns, expressed privately, are emerging within the Department of Defense “whether the president could launch operations, open or covert, against Iran or other opponents at the end of his term,” the New York Times reported.

Discouraged from launching a missile attack on Iran by Pompeo and General Milley, Trump could also consider hitting Iranian assets or its allies, including militias in Iraq, the New York Times reported, citing senior administration officials.

Arms sales to enemies of Tehran

Behind the scenes, Donald Trump acted differently by allowing the sale of advanced weapons to Tehran’s regional enemies. On November 10, Pompeo formally informed Congress that the United States planned to sell $ 23 million worth of $ 23 million worth of reaper drones, F35 stealth fighters, air-to-air missiles and other ammunition to the United Arab Emirates. He presented the deal as a contribution to the efforts against their common adversary, Iran.

Abu Dhabi had long sought to acquire these F-35 fighters, who are difficult to detect by radar and capable of surgical strikes. They had so far failed in the face of Israel’s historic opposition to selling such aircraft to other countries in the Middle East in an attempt to maintain their technical superiority. But recently, Israel agreed to the deal, killing two birds with one stone: normalizing its diplomatic relations with the United Arab Emirates and further threatening its Iranian enemy.

The US Congress had already tried to block arms sales to Saudi Arabia and the Emirates last year, but failed to gather the two-thirds majority needed to override a presidential veto. This time, three U.S. senators – including one Republican – launched an initiative on November 18 to block the sale, for fear of a “dangerous arms race.” Even if they manage to find a simple majority in the Republican-led Senate to block the sale, they will then have to find a two-thirds majority in the Senate and House of Representatives to override President Trump’s veto.

U.S. officials interviewed by the New York Times fear that the worst is yet to come. They are particularly nervous as January 3, the anniversary of the US strike that killed Iranian General Qassem Soleimani on Iraqi soil in 2020, approaches. The ultra-conservatives in Tehran and the Revolutionary Guards have not forgotten the death of the former head of the Iranian Al-Quds Force, an elite unit of the Revolutionary Guards. Security at US embassies in the region has been tightened and Pompeo warned that the killing of an American would be a red line that could provoke a military response.

Translated from the original in French.