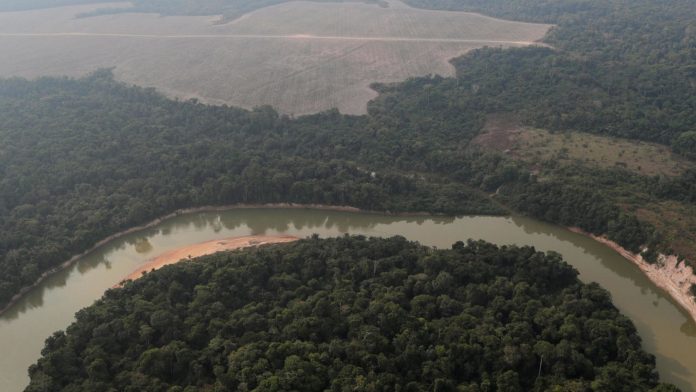 Indigenous peoples from Brazil and Colombia sued the retailer Casino in a French court on Wednesday over sales of beef linked to land acquisition and deforestation in the Amazon.

This is the first time a French supermarket chain has been brought to justice for deforestation and loss of land and livelihood under a 2017 law in France that requires its companies to avoid human rights and environmental violations in their supply chains.

These slaughterhouses sourced livestock from nearly 600 suppliers responsible for at least 50,000 hectares – an area five times the size of Paris – for deforestation between 2008 and 2020, according to the trial.

“Demand for beef from the Casino and Pão de Açúcar is leading to deforestation and land grabs and violence,” said Luis Eloy Terena of COIAB, a body that coordinates indigenous groups in the Brazilian Amazon, in a statement.

Casino said the GPA applied a strict policy to control the origin of beef supplied by its suppliers, adding that Brazilian beef was not sold in its French stores.

GPA told Reuters that since 2016 it had established criteria that its suppliers must meet. They included “zero Amazon deforestation, no slave-like working conditions, no child labor, and no invasions of native land or conservation areas.” Ranchers must keep land ownership documents, it added.

Financial groups are under pressure to protect Amazon

The Amazon plays an important role in regulating the earth’s climate by absorbing carbon dioxide, one of the most important greenhouse gases responsible for global warming.

An area of ​​Amazon’s size Amazon rainforest was felled last year, campaign groups say, and livestock farming is a leading driver of habitat loss, as population growth and the growing middle classes in developing countries drive meat and dairy consumption.

>> The deforestation in the Brazilian Amazon reaches 12 years under Bolsonaro

Sebastian Mabile, a lawyer for the plaintiffs, said that Casino and its subsidiaries had failed in their obligations to audit their supply chains.

“We want them to pay around € 3 million to organizations representing indigenous peoples and ensure that their activities do not lead to deforestation,” Mabile told a news conference.

Companies are under growing pressure from national laws and campaigns to protect the Amazon.

In February, the French bank BNP Paribas promised to finance only beef and soybean companies in Latin America that adopt a zero deforestation strategy by 2025.

In January, BNP Paribas, Credit Suisse and the Dutch lender ING announced that they would stop financing the crude oil trade from Ecuador. Original leaders said the banks’ money made them involved in the destruction of rainforest by Ecuador’s oil industry.

The plaintiffs in the trial include French and American campaign groups.