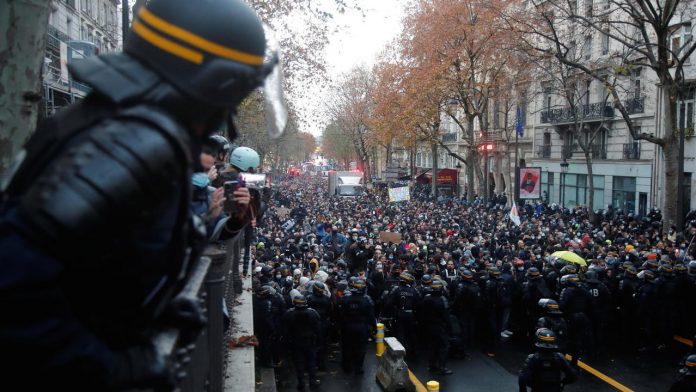 Paris police detained dozens of people in what quickly became another tense and sometimes bad demonstration in the French capital against a proposed security law.

Police directed against demonstrators who they suspected would merge into violent groups as those who vandalized shops and vehicles at previous demonstrations. Paris police made at least 81 arrests, the interior minister tweeted.

The riot police escorted Saturday’s march through the rain – cut streets of Paris.

The proposed security law has been met by consecutive weekends of protests.

The bill’s most controversial measure may make it more difficult for people to film police officers. The purpose is to ban the publication of images with the intention of harming the police. The provision has caused such a stir that the government has decided to write about it.

Critics fear the law could erode media freedom and make it harder to expose police brutality.