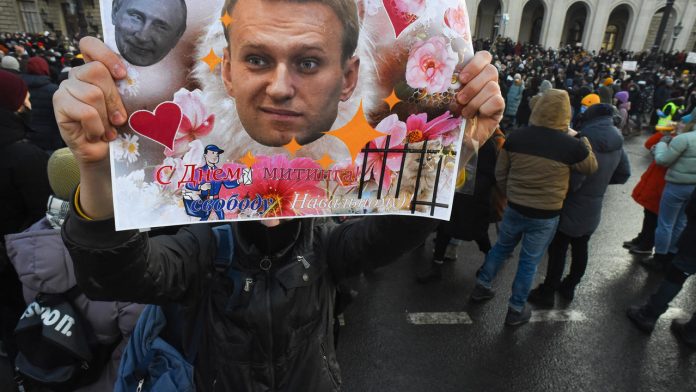 Russian police began arresting people as they gathered near a Moscow court on Tuesday to consider imprisoning Kremlin critic Alexei Navalny in a case that has sparked nationwide protests and talk of new Western sanctions.

FRANCE 24’s Moscow correspondent Theo Merz said there was a strong police presence around the court and that the authorities closed surrounding streets to prevent protesters from gathering.

The riot police pulled out about 60 people, according to Reuters.

Moscow’s state prison authority accuses Navalny of parole while recovering in Germany from near-fatal poisoning. Moscow wants the court to convert a temporary sentence he has served in an embezzlement case that he calls trumped up into a real prison of up to three and a half years.

Navalny accuses Russian President Vladimir Putin of ordering his assassination, which the Kremlin denies. This, in turn, has suggested that Navalny is an asset of the United States Central Intelligence Agency, a charge he rejects.

Navalny’s supporters have staged two straight weekends of nationwide protests and demand his release, despite a massive display of police force, the threat of arrest, a bitter cold and a pandemic.