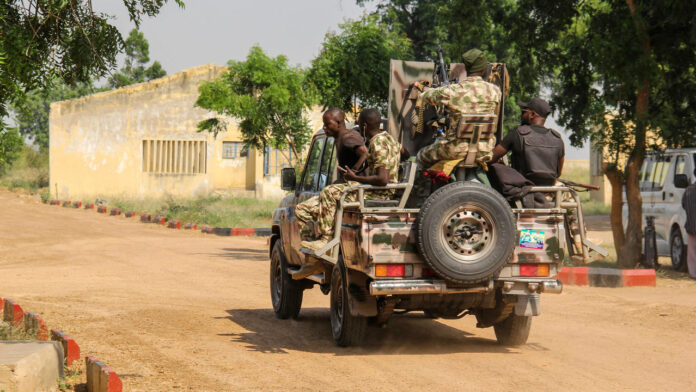 Nigerian armed men looted a college in a northwestern state and at least 30 students are feared abducted, a senior government official said on Friday in the latest abduction against a school.

The suspected kidnapping gang stormed the Federal College of Forestry Mechanization in Mando, Kaduna, around 1 p.m. 21.30 (2030 GMT) on Thursday and fired indiscriminately and took students hostage.

The university is said to have about 300 male and female students – mostly 17 years and older – at the time of the attack.

Kaduna State Commissioner for Internal Security Samuel Aruwan said 30 of the students were missing while the army was able to rescue 180 people after a fierce battle with armed men.

“But about 30 students, a mix of men and women, must be reported.”

The commissioner said some of the rescued students were injured during the operation and had been hospitalized in a military facility.

Heavily armed gangs in northwestern and central Nigeria have intensified attacks in recent years, kidnapping for ransom, rape and looting.

The bandits have recently targeted schools where they kidnap students or school children for ransom – Thursday was at least the fourth attack since December.

Police and locals had previously confirmed Thursday’s incident but could not reveal how many students were seized.

“We kept hearing shots that we ignored as shooting drills from the Nigeria Defense Academy, which is a stone’s throw from the Forest College,” said Mustapha Aliyu, who lives in the area.

“It was only when we came out for the morning prayers in the mosque that we learned that it was armed men who removed students from the university,” he said.

The area is known for bandit and armed robbery, especially along the highway that connects the city with the airport.

The gangs are largely driven by economic motives and have no known ideological inclination. The victims are often released shortly after the negotiations, but officials always deny ransom payments.

On Saturday, criminal gangs, known locally as bandits, broke into the staff quarters at the nearby Kaduna airport and abducted 12 people, according to airport officials.

On February 27, 279 schoolgirls abducted in the nearby state of Zamfara.

One week earlier, gunmen arrested 42 people, including 27 students from a boarding school for all boys in central Niger.

In December, hundreds of schoolboys were seized in Katsina, the home state of President Muhammadu Buhari, while he was visiting.

The United States has condemned the recent attacks on schools.

“Frankly, we are disgusted by this pattern of mass abductions of school children. I can not think of anything more abhorrent,” Michael Gonzales, deputy secretary of the US State Department’s Bureau of African Affairs, told a news briefing.

He said the United States “is ready to provide appropriate support to the Nigerian government if called upon to do so.”