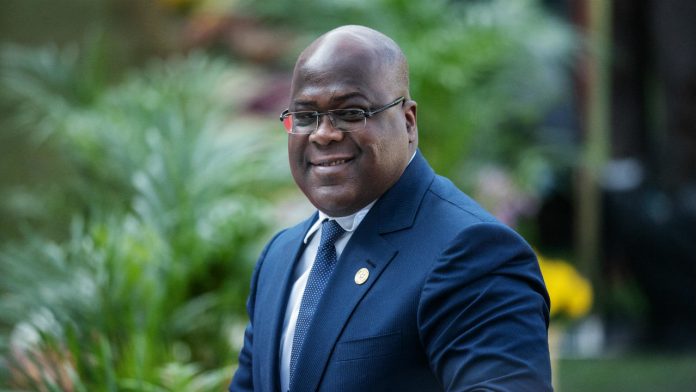 DR Congolese President Felix Tshisekedi said on Sunday that he planned to form a new coalition government and warned that he could be forced to dissolve parliament and hold new elections if he could not do so.

The announcement came after a coalition failed with supporters of its predecessor Joseph Kabila, who currently has a majority in parliament.

Tshisekedi took over from Kabila in January 2019, in the Democratic Republic of the Congo’s first peaceful transition since independence from Belgium in 1960.

But the president’s room to carry out much-trumpeted reforms was hampered by the need to form a coalition with the pro-Kabila Common Front of the Congo (FCC).

On Sunday, he said on state-owned RTNC television that he had decided to appoint an official known as an “informant” who would be “accused of identifying a new coalition that included an absolute majority of members of the National Assembly”.

The procedure is set out in the country’s constitution.

If I fail to do so, “I will use the constitutional powers I have to get back to you, a sovereign people, and ask for a majority,” which would mean the expected general election.

Tshisekedi said he had spent a month consulting with political parties and prominent figures and that an overwhelming majority rejected a coalition that included the FCC and his own party, Cap for Change (Cach).

“I noted that we must put an end to the Cach-FCC coalition, which is seen as the main reason for the current blockade,” the president said.

Last week, the FCC said it still holds more than 300 seats in the 500-seat parliament and accused Tshisekedi supporters of trying to bribe deputies to change party.

Kabila ruled the DRC for 18 years until he resigned after long-delayed elections in December 2018.

He retains significant influence through political allies and officers whom he appointed to the armed forces and is also a senator for life.

During the introduction of Sunday’s announcement, Tshisekedi conferred extensively with leading members of the armed forces and the police to ensure that he had their support.