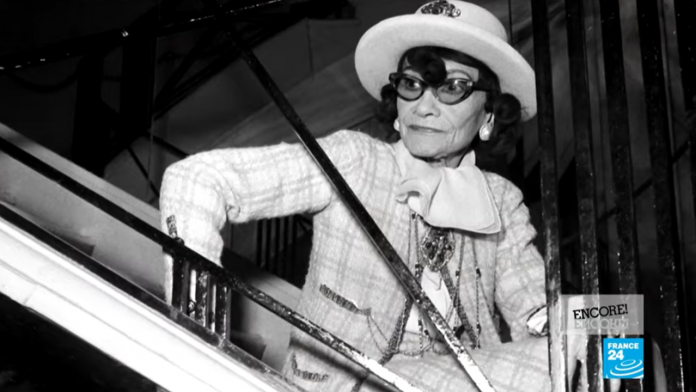 In the midst of growing concerns about police brutality, the French police guard has been directed towards a controversial reform. This week we also looked at the human cost of Armenia’s defeat in Nagorno-Karabakh, Denmark’s giant wind-driven vertical farm and, as the Covid-19 pandemic continues, a French soap opera that has found a high-tech way to deal with the absence of an isolating cast member. Jowharalso explores Coco Chanel’s legacy, 50 years after the fashion icon’s death.

Liveblog: The House votes to accuse Trump because of the US Capitol siege

A majority in the US House of Representatives voted on Wednesday to accuse President Donald Trump of his role in the attack on the US chapter on January 6. The House Democrats introduced a single article accusing them of “encouraging insurgency” on Monday. The move now goes to the Senate for consideration, probably when it returns next week. Jowharlive blogging developments minute by minute.

Uganda is voting in general elections that are marred by oppression

Uganda voted on Thursday in the presidential and parliamentary elections, which were marred by political repression when the singer who became politician Bobi Wine challenged President Yoweri Museveni’s 34-year rule.

Where does Africa stand in the Covid-19 vaccine race?

While many economically developed countries have rolled out Covid-19 jabs, African countries are preparing their vaccination campaigns amid logistical challenges and urging Western countries to ensure that jabs surpluses go to low- and middle-income states.

M&S shelves have gone naked in the EU. © AFP

Champs-Élysées, avoided by the Parisians, to be transformed into an “extraordinary garden”

It has been called “the most beautiful avenue in the world”, but for many Parisians the famous Avenue des Champs-Élysées is seen as nothing more than an overcrowded tourist trap that has seen better days. But now plans have been approved to radically transform the avenue into what Paris Mayor Anne Hidalgo has described as an “extraordinary garden”.

The Arab Spring, 10 years later (a series in four parts)

This week it was ten years since the deposed strongman Zine al-Abidine Ben Ali fled Tunisia, the first leader to fall when the Arab Spring of 2011 took hold of North Africa and the Middle East. A decade later, Tunisia is the only country that has transformed into a relatively stable democracy. But high unemployment is still a major problem, not least in the Tataouine region. Jowhargives you the first in a series of four reports from the country, a decade after the watershed of the Arab spring.

Since 2017, the number of people arriving in Italy illegally from Tunisia has increased sharply. Tired of waiting for the revolution to benefit them economically at home, some risk everything to try to reach Europe. The second part of the series with four parts.

Some Tunisians are willing to risk everything for opportunities in Europe. © France 24

Martyrs but no jobs in the cradle of the Tunisian revolution

Although democratic progress has been made, many Tunisians feel that the revolution’s promise of a better life was never really realized. This is especially the case in the country’s poorer interior, where much of the anger first boiled over. Part three of four from Tunisia.

‘The mighty still steal from us’

The fourth and final part of the series submitted by Karim Yahiaoui and Mohamed Farhat from Jowharfrom Tunisia, ten years after the Arab Spring began there in 2011.

“We may start to return to normal this fall,” said Covid-19 chief adviser Anthony Fauci.

Covid-19 vaccines give rise to hope that humanity will soon turn the page to a devastating pandemic. But with conspiracy theories flourishing against the backdrop of widespread skepticism, these new vaccines, developed in record time, have raised many questions. Speaking to FRANCE 24, Anthony Fauci, President-elect Joe Biden’s chief adviser to Covid-19, said that if the majority of the world’s population is vaccinated, we can “start returning to normal” by the end of 2021.

This week, French Connections focused on a controversial bill that would soon be debated in the French parliament. The bill aims to combat extremist ideology and strengthen the fundamental principles of the French Republic – in particular “laïcité”, France’s special mark of state secularism. Analysts say it could be one of the most important laws in Emmanuel Macron’s presidency. But critics say it stigmatizes Muslims.

Coco Chanel: The legacy of a fashion designer, 50 years after her death

To celebrate the anniversary of Coco Chanel’s death on January 10, 1971, fashion experts Jessica Michault and Eve Jackson looked at the French designer’s greatest styles, the fashion empire she created, and her not-so-fashionable ties with the Nazis.

Fans from 007 have been waiting since April last year to see the 25th James Bond movie. The release of “No Time to Die” and Daniel Craig’s last mission continue to be delayed due to Covid-19 and cinema closures. Not to worry, because we have a brilliant new secret agent book to recommend for you: “The Spy Who Inspired Me” by best-selling British author Stephen Clarke.

In our first issue for 2021, we looked at the American political powerhouse, otherwise known as Stacey Abrams, who spent a decade promoting the democratic vote in Georgia and turning the state into blue.

It is no secret that fashion is heavily dependent on media attention. But fashion documentaries are still rare. All the more reason to welcome the arrival of a film that tells the story of Colette, an iconic pioneering concept store in Paris rue Saint-Honoré that stood for 20 eventful years until 2017. Filmmakers Hugues and Eliane Lawson-Body rarely had access to the store during their last months.

Italian authorities have recently uncovered a worrying new side in the international illegal drug trade originating in Syria. Amphetamine pills, which are produced in the war-torn country, are traded to Europe, something the police did not know about until a few months ago. Amphetamines, such as the Captagon, have also been seized in Greece, Egypt, Turkey and Romania. Our correspondents report on what this means for Italy and the role that the Neapolitan mafia played in this murky drug trade.

This week, we focused on French gastronomy as we spared an idea for France’s restaurant owners, staff and catering company, which are struggling through the Covid-19 crisis. We looked back at the history of haute cuisine, from the first known recipe to the publication of the Michelin guide. We also showed you around the Château de Valençay, where fine dining was used as a political weapon in the 19th century. Finally, we checked out a top school in Paris, where budding chefs from around the world absorb the expertise of French masters.

El Salvador and its Lost Children: A Small Country with Huge Scars

During the 1979-1992 Civil War in El Salvador, thousands of children were victims of organized human trafficking by the military. It is estimated that about 30,000 babies were sent abroad for adoption – often without their parents’ consent. The dark past was buried for the sake of the amnesty; included in a peace agreement. Even today, hundreds of families are still searching for the truth about their origins. FRANCE 24’s Laurence Cuvillier and Matthieu Comin report.