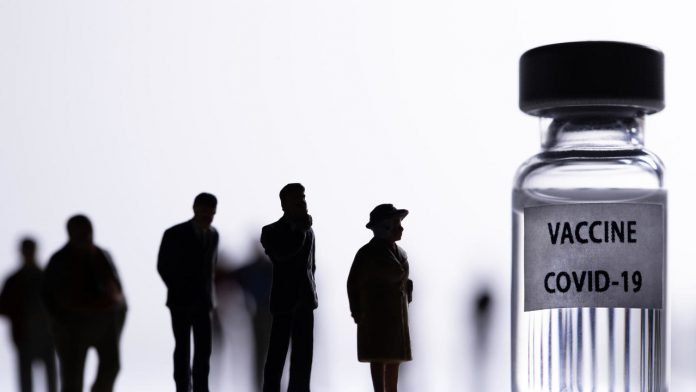 France is broadening its rollout of Covid-19 vaccination to firefighters and aid workers over the age of 50, Health Minister Olivier Véran said on Tuesday after outrage over the government’s slow start in one of the world’s most vaccine-skeptical countries.

France will also extend vaccinations to people over the age of 75 who are not in nursing homes and 500 to 600 vaccination centers will be set up in France by the end of January, Véran promised.

The announcement came as France recorded a dozen cases of the more contagious variant of the coronavirus first identified in the UK, making it easier to lock in restrictions across the country.

France began administering the Pfizer / BioNTech vaccine in late December, starting with staff and residents of nursing homes and those at risk of developing severe symptoms of the virus.

But unlike its European neighbors, France was slow and delivered only 516 vaccines in the first week.

In criticism of the cautious, bureaucratic launch, France on Monday accelerated the vaccination of medical staff in hospitals.

The slow start has upset President Emmanuel Macron, who met with his prime minister and health minister on Monday night to discuss how to speed up the deployment of the vaccine.

France is currently receiving 500,000 doses of a vaccine developed by Pfizer per week, Véran told RTL on Tuesday.

The EU’s medical watchdog is expected to decide on the approval of another vaccine, developed by Moderna, later this week.

Once approved for the EU, about 500,000 doses of the Moderna vaccine would be added each month, he added.

French health authorities reported on Monday 4,022 new cases of coronavirus confirmed during the previous day, bringing the total to 2.66 million. Deaths from Covid-19 amounted to 65,415, after 380 new deaths were registered on Monday.

Skepticism against vaccines in France complicates the government’s task.

Only 40% of French people want to take the vaccine, compared to 77% in the UK, according to an opinion poll last week by Ipsos Global Advisor in collaboration with the World Economic Forum.

The UK, which has already used more than a million Covid-19 vaccine shots, has now begun vaccinating its population with the shot developed by Oxford University and AstraZeneca, with a scientific triumph.