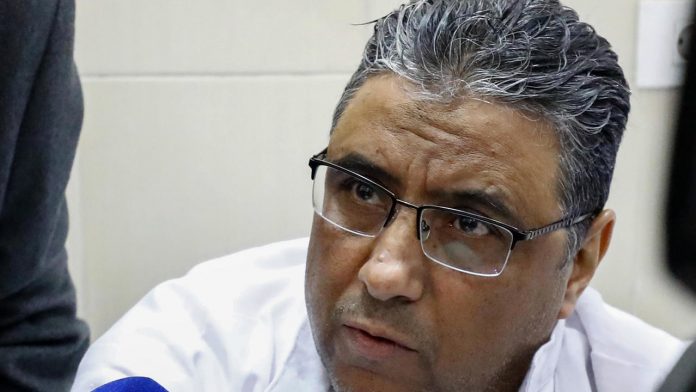 Egyptian authorities have released Mahmoud Hussein, an Egyptian journalist working for Al Jazeera TV who was detained for more than four years, the Qatar-based television network confirmed on Saturday.

Hussein was arrested in December 2016 when he returned to Egypt for a family vacation and was accused of inciting government institutions and spreading false news.

Mostefa Souag, acting director general of Al Jazeera, welcomed the news of Hussein’s release, calling it “a moment of truth and an inspiring milestone towards press freedom”.

In a written statement, Souag said, “no journalist should ever be exposed to what Mahmoud has suffered over the past four years just to carry out his profession,” the Al Jazeera website reported.

Hussein’s release came weeks after Egypt and Qatar restored ties after a three-year Saudi-led freeze on relations with Doha.

Egypt, along with the United Arab Emirates and Bahrain, followed the leadership of the Saudi Gulf power plant and cut ties with Qatar in June 2017, claiming it supported radical Islamist groups and was too close to Riyadh’s rival Iran, Doha claims.

Relations between Qatar and other Gulf nations were restored after a Gulf summit held in Al-Ula, Saudi Arabia last month.

Caught in a spit

Al Jazeera was caught in a rift between Cairo and Doha following the military ouster of Egypt’s Islamist President Mohamed Morsi in 2013, which was backed by Qatar.

Cairo considered it a mouthpiece for Morsi’s banned Muslim brotherhood, and access to its website has been blocked in Egypt since 2017.

Faced with charges similar to those against Hussein, they were released in 2015 after receiving pardons from President Abdel Fattah al-Sisi.