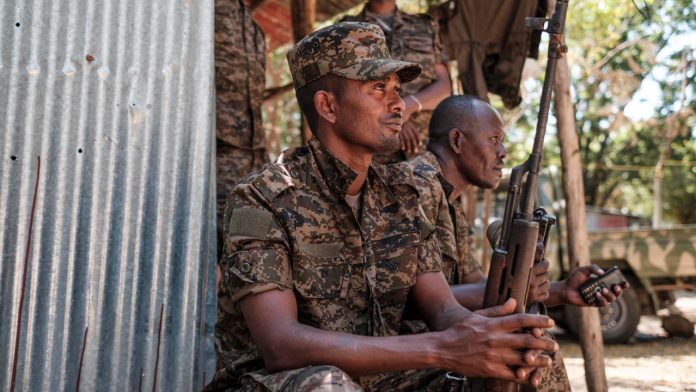 Ethiopian Prime Minister Abiy Ahmed said on Thursday that he had sent troops to the western Benishangul-Gumuz region, a day after firearms killed more than 100 people in the area, who have seen regular ethnic violence.

On Wednesday, the Ethiopian Human Rights Commission said firearms had killed more than 100 people in a dawn attack in the village of Bekoji in Bulen County in the Metekel zone, an area inhabited by many ethnic groups.

“The massacre of civilians in the Benishangul-Gumuz region is very tragic,” Abiy said on Twitter. “The government, in order to solve the root causes of the problem, has deployed a necessary force.”

Soldiers seized bows and arrows and other weapons from the men involved in the dawn attack, Fana said, quoting regional officials.

Africa’s second most populous nation has struggled with outbreaks of deadly violence since Abiy took office in 2018, accelerating democratic and economic reforms that have loosened the state’s iron grip on regional rivalries.

Residents on Wednesday described to Reuters to see dozens of dead bodies being chased by unknown gunmen shooting at locals.

Abiy and senior officials had visited the region on Tuesday to demand calm after several deadly attacks in recent months, such as an attack on November 14 in which gunmen targeted a bus and killed 34 people.

The desire of enemies to divide Ethiopia along ethnic and religious lines still exists. This wish will remain unfulfilled. In discussions with the inhabitants of Metekel, the expressed will of our people for unity, peace, development and prosperity far outweighs any divisive agenda. pic.twitter.com/DYlnCNH0tc

In a separate part of the country, the Ethiopian military has been fighting rebels in the northern Tigray region for more than six weeks in a conflict that has displaced nearly 950,000 people. The deployment of federal troops there has led to fears of a security vacuum in other recovery regions.