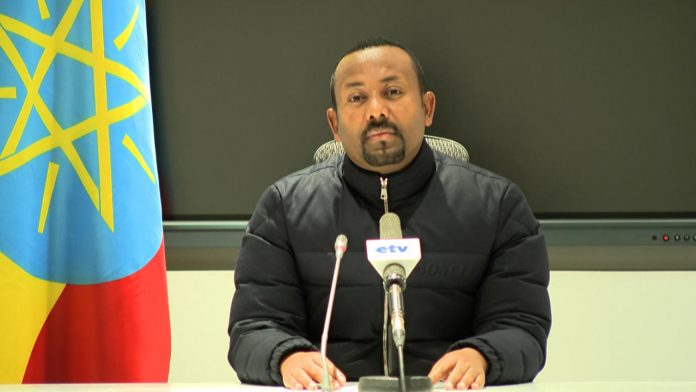 Ethiopia moved on Saturday to replace the leadership of the country’s northern Tigray region, where clashes between regional forces and federal governments have led to fears that a major African power could slip into civil war. Neither side seemed to welcome the dialogue that experts say is needed to prevent disasters.

The vote by Parliament’s upper house, the House of Federation, to set up an interim administration needs no further approval, and it gives Prime Minister Abiy Ahmed the power to take action against a Tigray leadership that his government considers illegal.

The Ethiopian federal government said the interim administration would “appoint officials, ensure respect for the rule of law, approve the region’s budget and facilitate the electoral process.”

In a new statement on Saturday, the Nobel Peace Prize-winning prime minister claimed that “criminal elements cannot escape the rule of law under the guise of seeking reconciliation and a call for dialogue.”

Experts and diplomats look on in dismay when two heavily armed forces collide in one of the world’s most strategic yet vulnerable regions, the Horn of Africa. Observers warn that a civil war in Ethiopia, Africa’s second most populous country with 110 million people, could suck in or destabilize neighbors such as Sudan, Eritrea and Somalia.

A statement posted on the Tigray Government’s Facebook page, Tigray People’s Liberation Front, said it would win the “justified” war, adding that “a fighter will not negotiate with his enemies.”

“The people of Tigray are now armed with modern weapons that can reach the seat of the unbelievers,” it added, making a clear reference to the Ethiopian capital, Addis Ababa. There was no reference to the federal government’s Saturday.

The conflict in Tigray is playing out between former allies in Ethiopia’s ruling coalition who now see each other as illegal.

The TPLF dominated the country’s military and government for a long time before Abiy took office in 2018 and introduced extensive political reforms that won him the Nobel. These changes left the TPLF feeling marginalized, and it broke last year when Abiy tried to make the coalition a single prosperous party.

Tensions rose in recent weeks as the Tigray region, opposed to next year’s national elections delayed and Abiy’s extended tenure, held a local election in September that the federal government called illegal.

The fighting began early Wednesday when Abiy accused the TPLF forces of attacking a military base in Tigray. In a major escalation on Friday, Abiy announced that airstrikes in several places around the capital Tigray “completely destroyed rockets and other heavy weapons” and made a reverse attack impossible.

The military operations will continue, the prime minister said, warning the Tigray people: “To avoid unexpected danger, I recommend that you restrict group movements in cities.”

Communication remains almost completely interrupted with the Tigray region, making it difficult to verify both sides’ claims and leading to grounds from aid groups and human rights groups to restore Internet and telephone links.

They also warn of a brewing humanitarian catastrophe if the conflict continues, which experts are likely to warn if the two sides reject talks.

Tigray is increasingly being boxed in by Ethiopian federal forces and a six-month state of emergency by the federal government that severely restricts public gatherings and movements.

“If they come under pressure from the south, from Abiy Ahmed’s federal forces, the TPLF could decide to make a strategic retreat or even invade Eritrea, which would then internationalize this conflict,” Dino Mahtani told the International Crisis Group. in comments published Friday. TPLF and Eritrea have a bitter history of a long border war between Ethiopia and Eritrea before the countries concluded peace in 2018.

The TPLF’s only other real way out of Ethiopia is in Sudan, which is “in a very sensitive position,” Mahtani said. Sudanese Prime Minister Abdallah Hamdok has spoken by telephone with a worried UN Secretary-General Antonio Guterres, the UN said on Friday.

Sudan’s eastern al-Qadarif province has closed its border with Ethiopia’s regions of Tigray and Amhara, the Sudan News Agency reported on Saturday.

The Tigray drama dominates the conversation in Ethiopia, and many who comment on social media seem to support the government’s move to get rid of the region’s leadership. Some cite abuse of the TPLF while in power for more than two decades, or reiterate the federal government’s accusation that it recently encouraged violence across the country.

Those sympathetic to the TPLF are largely silenced by the disruption of communications in Tigray, but those who can comment describe the actions of the federal government as an aggression that will lead to further escalation of the conflict.