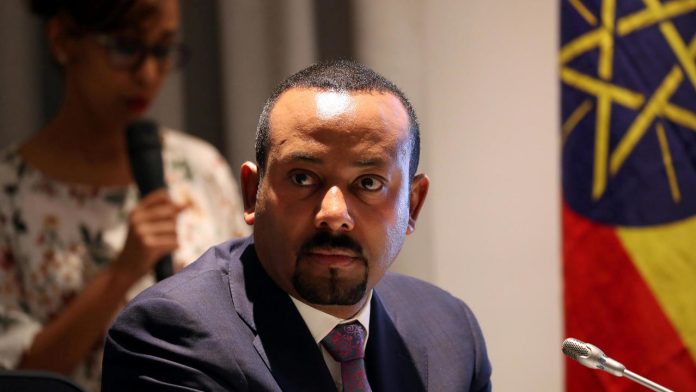 Ethiopian Prime Minister Abiy Ahmed replaced his army chief on Sunday as reports of wounded soldiers continued to rise in a five-day conflict in the country’s northern Tigray region.

Deputy Chief of Staff Berhanu Jula will take over Ethiopia’s National Defense Force, according to a statement from Abiy’s office without announcing or announcing the fate of Berhanu’s predecessor, General Adem Mohammed.

The announcement came when a medical official told AFP that nearly 100 government soldiers had been treated for gunfire at a hospital in the northern Amhara region, which is the latest indication that the fighting has been intense.

Abiy and military leaders have announced the success of Ethiopian troops against forces loyal to Tigray’s ruling party, but a communications shutdown in the region has made their accounts difficult to verify.

On roads in the northern part of Ethiopia’s Amhara region, ambulances can often be seen carrying wounded combatants to hospitals.

In the city of Sanja, 98 government soldiers have been treated for shooting “shots”, a doctor told AFP.

“We have had 98 cases. All of them are soldiers from the national army,” said the doctor, who spoke anonymously.

He said there were no deaths at the hospital, but noted that more serious cases have been transported to major hospitals in the town of Gondar and elsewhere.

Reports of dead and wounded soldiers have risen in recent days in Amhara, where a humanitarian aid worker said three died and 35 were treated on Saturday. On Friday, 105 injured and five killed were reported in the region.

They coincide with growing fears of civil war after Abiy, last year’s Nobel Peace Prize winner, on Wednesday sent federal troops and aircraft to Tigray in a major escalation of a protracted feud.

No reason was given for these changes either.

Abiy ordered airstrikes on military assets in the regional capital of Tigrayan, Mekele, last week, while warning more people were on the way and urging civilians to avoid gatherings to limit “security damage”.

A UN adviser distributed on Sunday morning reported an “ongoing air strike in Mekele” near the airport, with an update specifying “only one strike was heard and the associated [sic] from the ground.”

A few hours before he was appointed new army chief, a state media report quoted Berhanu as saying that federal forces had “completely destroyed the treacherous clique’s heavy weapons”, a reference to the Tigray People’s Liberation Front (TPLF), the regional governing party.

Berhanu also said that federal forces had “completely captured” four cities in western Tigray, where much of the fighting has reportedly been concentrated.

But a UN source told AFP on Saturday that an internal security report said the Tigrayan forces had Ethiopia’s northern command headquarters in Mekele.

The key base is one of the strongest armored in the country, a legacy of Ethiopia’s war with the Eritrean neighborhood bordering the Tigray region.

A UN report dated Saturday called on “all warring parties, at all levels, to provide uninterrupted humanitarian access to [the] affected the population “in Tigray, warned that conflict-related disruptions” contributed to the deterioration of the humanitarian context “.

That said, nearly nine million people near Tigray’s borders are “at high risk because of this conflict,” the report said, raising the possibility of “massive movements inside and outside Ethiopia.”

In the capital Addis Ababa, the mayor announced on Sunday that 10 TPLF members who were high-ranking city officials had been arrested, accusing them of “betraying the people” and working “to destabilize peace in our city and engage in cruel and terrorist motives.”

Mayor Adenech Abebe said city officials also investigated “other tips” and praised the city’s residents for being “our eyes and ears”.

But in a Twitter post on Sunday, Abiy called on Ethiopians to avoid discrimination against Tigrayans, who make up about six percent of the country’s 110 million people.

“I want to reiterate that no Tigrayan brother or sister should be a victim of identity-based illegal acts, and this responsibility rests with all Ethiopians,” Abiy said.

The TPLF dominated politics in Ethiopia for almost three decades before Abiy came to power in 2018 due to protests against the government.

Under Abiy, Tigray’s leaders have complained that they were unfairly targeted at corruption, removed from top positions and largely a scapegoat for the country’s misery.

The long-running feud intensified after Tigray held its own elections in September and defied Abiy’s government, which had decided to postpone national votes due to the coronavirus pandemic.