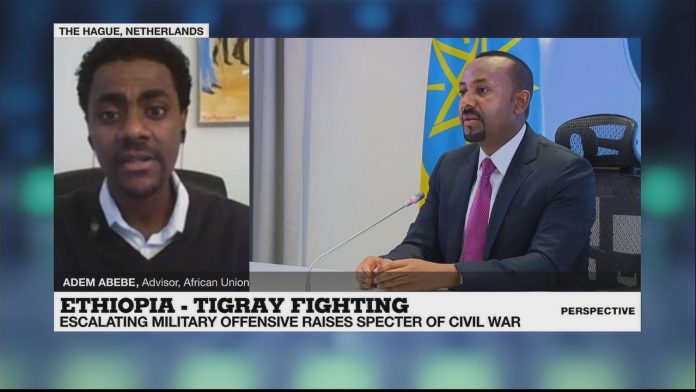 In recent weeks, the northern Tigray region of Ethiopia has become a bloody battlefield.

Nobel Peace Prize-winning Prime Minister Abiy Ahmed has launched a military offensive in the region, accusing Tigray’s ruling party of trying to destabilize the democracy he wanted to build.

The fighting has already forced more than 20,000 people to flee their homes to neighboring Sudan. Adem Abebe, an adviser and commentator for the African Union, gives us his perspective on the situation and the risk of it spreading beyond Ethiopia’s borders and destabilizing the whole region.