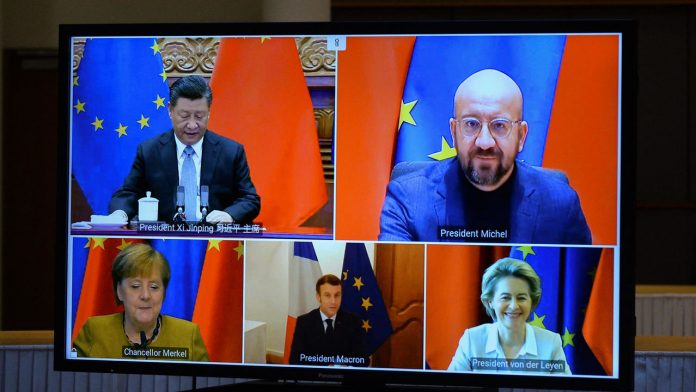 The European Union and China agreed on Wednesday on an investment agreement that will give European companies greater access to Chinese markets and help address what Europe sees as unbalanced economic ties.

The agreement has been in place for almost seven years and will probably take at least another year to enter into force. It is part of a new relationship with China, which the EU sees as both a partner and a system rival.

China will ban the forced transfer of technology from foreign companies and has promised to be more transparent on subsidies and prevent state-owned companies from discriminating against foreign investors.

The agreement gives Europe some parity with the United States, which has concluded a “Phase I” trade agreement with China. Jake Sullivan, President-elect Joe Biden’s choice as National Security Adviser, tweeted last week that the new US government would welcome early consultations with Europe on China’s economic practices.

The deal includes commitments on climate change and labor rights. Commitments are mutual, but the EU market is already much more open. Brussels has given some ground in energy, but says that its offer to China mainly consists of guaranteeing the existing transparency.

Hosuk Lee-Makiyama, head of the ECIPE trade think tank, said that although there was little obvious benefit to Beijing in the text, China would not have signed up without any promise of benefit.

“No great power, not least China, is giving anything away for free, so it will be a compromise. It’s just not in the agreement,” he said.

Compared to a trade agreement, which may include repressive tariffs, such an investment agreement is also more difficult to enforce, said Lee-Makiyama, noting that the EU, for example, could not seize Chinese assets.

The EU has been keen to present the agreement as a step towards creating multilateral rules. It still does not cover issues including trade flows or public procurement for such as Huawei telecom equipment manufacturers.

The bloc intends to enforce laws that ensure greater reciprocity in public procurement and tighter control of foreign subsidies.