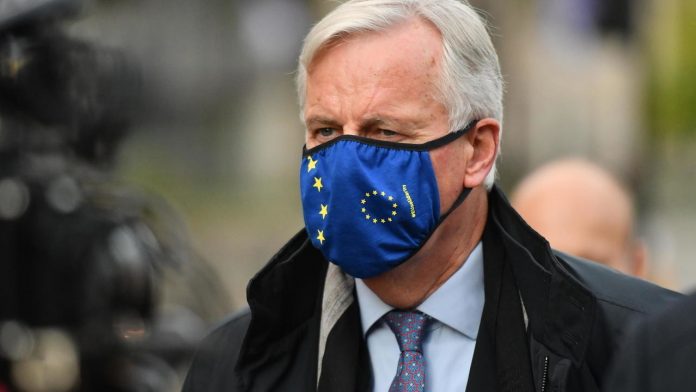 Chief Barn Brexit negotiator Michel Barnier warned on Wednesday that he could not guarantee he would reach a trade deal with Britain, diplomats said, and the next few days will be crucial.

“We are fast approaching a make-or-break moment in the Brexit talks,” Barnier told a video conference with European envoys, a diplomat said, in an account of the video conference confirmed by other sources.

“Intensive negotiations are continuing in London, but as of this morning it is still unclear whether negotiators can bridge the gaps on issues such as equal conditions, governance and fisheries,” Barnier said.

A leading EU diplomat said several Member States would rather see negotiations, which have been stuck for several months, continue after the end of Britain’s transition phase on 31 December, even if it means a short “no deal” period.

“There is a concern that due to this time pressure it is a temptation to hurry,” the diplomat said after Barnier’s briefing. “We told him: do not do it.”