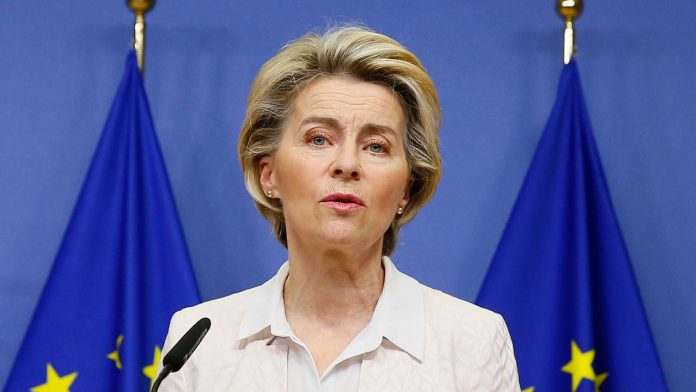 EU President Ursula von der Leyen on Thursday published a contingency plan to protect road and air travel and fishing rights if Britain leaves the Union without a trade agreement.

The United Kingdom left the European Union on 31 January and will leave the bloc’s internal market and customs union by the end of this month, ending half a century of ever closer economic integration.

Negotiators from London and Brussels have tried to agree on a follow-up trade pact that would govern cross-channel operations after the end of the transitional period, but talks are strained with three weeks left.

In order to prepare for a possible departure without an agreement on 1 January, the EU proposed on Thursday four contingency measures to ensure that air and road traffic can continue as smoothly as possible over the next six months.

It is also proposed that fishermen will still have access to each other’s waters for up to one year to limit commercial damage in the event of a subdivision without a contract. The plans are due to the UK offering similar initiatives.

“Our responsibility is to be prepared for all eventualities … That is why we are coming up with these measures today,” says von der Leyen.

“Negotiations are still ongoing. Given that the end of the transition is very close, there is no guarantee that if and when an agreement is found, it can enter into force in time,” she said.

British Prime Minister Boris Johnson traveled to Brussels on Wednesday for a working dinner with von der Leyen to speak through logjam, and leaders agreed to give negotiators until Sunday to make a breakthrough.

But London, in Johnson’s view, is refusing to compromise on its recently regained sovereignty by signing up to match future EU regulation.

Several EU members, especially France, have pushed for von der Leyen’s Commission and her negotiator Michel Barnier to take a tougher line and to publish the contingency plan to show that they are ready for “no deal”.

The European Commission described the plan as “a set of targeted emergency measures that ensure basic reciprocal air and road connections between the EU and the UK and enable mutual fishing access for EU and UK vessels to each other’s waters”.

The measures would enter into force on 1 January. They would cease if an agreement was found or after a certain period.

Basic air transport will continue for six months, provided that the UK agrees to return, as well as access to road transport.

The interim fisheries regulation would continue until the end of 2021, but it provides for “continued mutual access by EU and UK vessels to each other’s waters”.

Johnson’s government insists it will take full sovereignty over its waters on January 1.