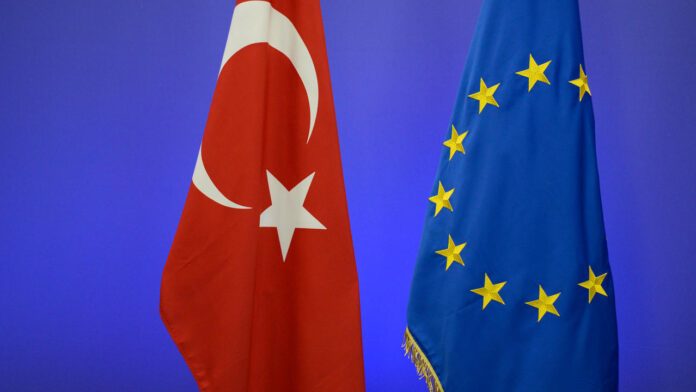 EU leaders will on Thursday consider diplomatic and economic incentives to encourage the strategic southeastern neighbor Turkey to continue to improve often-filled ties with the EU and promote stability.

Relations with Ankara are on the table at a video summit for the 27 EU countries as the bloc plans a way forward following an alarming tension in tensions last year over Turkey’s gas exploration in the eastern Mediterranean.

European Council President Charles Michel, who chaired the meeting, said the bloc wanted to increase “engagement with Turkey in a step-by-step, conditional and reversible way”.

The EU is trying to build on the latest reconciliation measures by Turkish President Recep Tayyip Erdogan and has put sanctions against drilling in Cypriot waters on hold.

Brussels has been encouraged by the resumption of talks with Greece on a disputed maritime border and by plans to resume UN peace efforts for the divided EU Member State Cyprus.

But there are deep concerns about Ankara’s latest move to close an opposition party and its departure from a treaty on violence against women.

The EU “must work on concrete proposals for a ‘positive agenda’ that promotes constructive dynamism, including in terms of regional stability,” Italian Prime Minister Mario Draghi told lawmakers.

However, he insisted on “the importance of avoiding divisive initiatives and the need to respect human rights” and described Ankara’s withdrawal from the Istanbul Convention as a “serious step backwards”.

‘All options on the table’

EU members are divided over attitudes towards Turkey, where Cyprus, Greece and France are demanding a hard line, while others, led by the economic power package Germany, are taking a softer approach.

An initial copy of the draft conclusions for the summit that AFP saw contained a number of incentives to persuade Erdogan to make amends for the warming ties.

These included the possibility of meeting key Turkish ambitions for top-level talks, renewing a customs union and liberalizing visa rules.

But there was also the threat of renewed EU sanctions if Turkey goes back, “to defend its and the Member States’ interests”.

A European diplomat said that the draft was criticized as too soft by Cyprus and that fighting over the wording could see Ankara’s demands lost.

It would probably go worse with Erdogan calling for “concrete results” from the summit in a conversation with EU heads Michel and Ursula von der Leyen on Friday.

“But if there is any setback, he will defeat his interests.”

“It is important to keep all options on the table in case of need,” Borrell said after a meeting with EU foreign ministers on Monday.

Turkey is pressuring Brussels to update an agreement reached five years ago to reduce the number of migrants entering the bloc, mainly from the war in Syria.

This agreement has seen Ankara stop the flow of migration, mainly from the war in Syria, in exchange for billions of euros in support from Brussels – but it has not stopped sniffing from both sides.

The EU refuses to resume the agreement but can offer Turkey more money to house millions of refugees.

“We are ready to work with Turkey on a positive agenda, to deepen relations if Turkey shows a lasting improvement in its intentions towards us,” said an EU diplomat.

“There is no sign at the moment – this is how we are, in a bit of a standstill.”