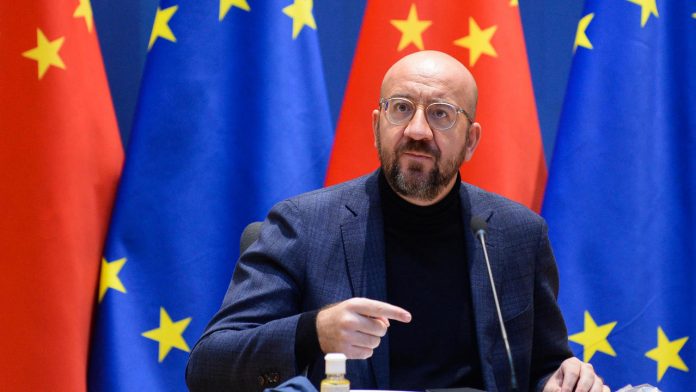 “In my conversation with President Putin today, I reiterated (that) the EU is united in its condemnation of Alexei Navalny’s detention and demands his immediate release,” Michel, president of EU summits, wrote on Twitter.

“Russia must urgently proceed with a full and transparent investigation into the assassination attempt on him.”

In my conversation with President Putin @KremlinRussia_E today, I reiterated #EU is united in its condemnation of Alexey #Navalny’s prison and demands his immediate release.

Russia must proceed as soon as possible with a complete and transparent investigation into the assassination attempt against him. pic.twitter.com/gPmhd0TB4o

The EU had already condemned an attempt to assassinate Navalny and his arrest when he returned to Russia after treatment, but in Friday’s talks, Michel expressed “serious concern” directly against Putin.

He also told Putin that he would launch a “strategic debate” on EU-Russia relations when convening a summit with all 27 EU leaders in March.

Kremlin critic Navalny, 44, was arrested on Sunday as he returned to Russia from Germany for the first time since recovering from near-fatal poisoning with the Soviet-designed nerve agent Novichok in August.

Russia’s prison service said they had arrested Navalny for violating the terms of a temporary sentence he received in 2014 for fraud he said was politically motivated.

The Russian opposition leader says Putin was behind his poisoning in August last year, a version of events that the Kremlin rejects. The Kremlin says it has seen no evidence that Navalny was poisoned.

Navalny’s allies are planning demonstrations on Saturday in dozens of Russian cities in support.

Several close Navalny collaborators, including prominent activist Lyubov Sobol and his spokeswoman Kira Yarmysh, were arrested on Thursday for urging Russians to join the demonstrations and face heavy fines and short prison terms.

Russian police said on Friday that “such protests will be considered a threat to public order and will be suppressed immediately”.

EU leaders met at a video conference late on Thursday, mainly to address the coronavirus epidemic, but then Michel issued a stern statement and again called for the release of Navalny and his supporters.