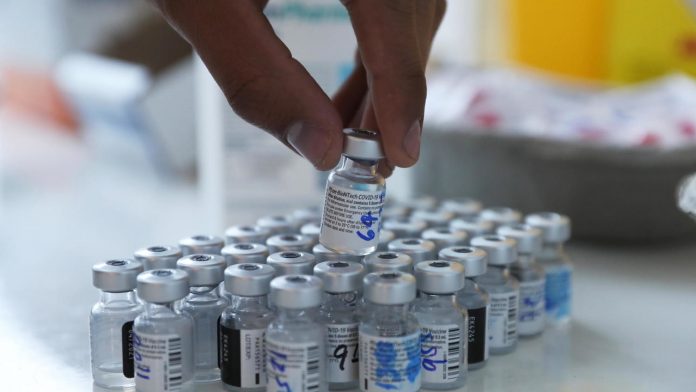 A global expansion of coronavirus vaccines was hit hard on Friday, with Pfizer saying it would delay jabs shipments over the next three to four weeks due to work at its key plant in Belgium.

Pfizer said the changes at the Puurs plant were necessary to increase its production capacity from mid-February of the vaccine developed with Germany’s BioNTech.

The US group promised “a significant increase” in deliveries at the end of February and March.

Six EU health ministers signed a letter to the European Commission on Friday expressing “serious concern” over delivery delays for the coronavirus vaccine developed by BioNTech and Pfizer.

Ministers from Denmark, Estonia, Finland, Latvia, Lithuania and Sweden said in their letter that the situation was “unacceptable” and “reduces the credibility of the vaccination process”.

EU President Ursula von der Leyen later said that Pfizer’s CEO had guaranteed the delivery of all doses of the coronavirus ordered by the bloc during the first quarter of 2021.

“Like many of you, I received the news today that Pfizer announced delays,” Von der Leyen said at a press conference in Portugal.

“At short notice, the European Commission and through it the EU countries were informed that Pfizer will not be able to complete the already promised delivery volume in the next three to four weeks due to modifications at the factory in Puurs,” the German Ministry of Health said earlier.

Given the news of the delay, the Norwegian Institute of Public Health (NIPH) said in a statement earlier on Friday: “We received this message today just before 10:00 (0900 GMT). We had expected 43,875 vaccine doses from Pfizer in week 3 ( next week). Now it looks like we’ll get 36,075 doses. “

The reduction in deliveries is due to Pfizer limiting production so that it can upgrade production capacity to 2 billion Covid-19 vaccine doses per year from 1.3 billion at present, FHI said.

“This temporary reduction will affect all European countries,” said FHI. “It is not yet clear exactly how long it will take before Pfizer has up to maximum production capacity again.”